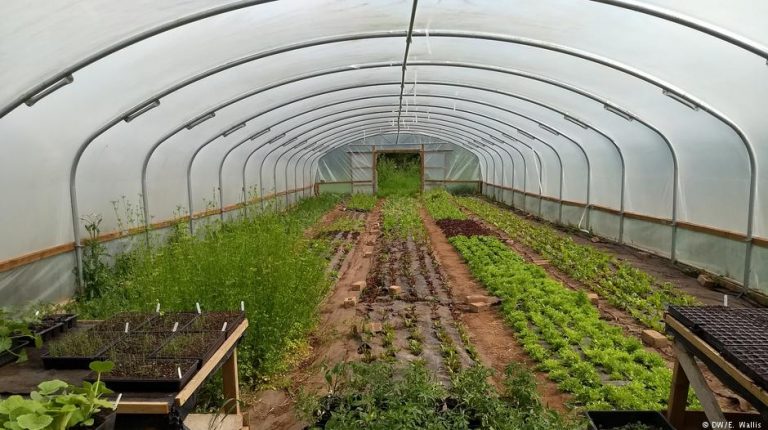 British farmers are exploring how leaving the EU’s legislative reach could possibly improve sustainable food and farming in the UK. Or whether Brexit could only worsen the state of affairs.In the hallowed halls of Westminster, the British government has been dreaming up a golden vision of sustainability for British agriculture post-Brexit.

Despite positive hopes for this vision by the Soil Association, which certifies organic food in the United Kingdom and lobbies for sustainability, the group’s policy officer Sam Packer is skeptical: “The British government is seeing agriculture as an opportunity to tell a good story about Brexit.”

And this happy tale, like everything else to do with Brexit, is still up in the air.

Read more: Will Brexit be bad for biodiversity in Britain?

On the sustainability front, the National Farmers’ Union of England and Wales (NFU) has teamed up with Greener UK (a coalition of environmental organizations, including The Soil Association) to make sure that Brexit works for farming and the environment.

With agriculture a powerful force in the UK — farmers manage more than 70 percent of the land area in England and Wales, according to the NFU — such alliances could shift the equation, particularly when trade is on the table.

Overthrowing the reign of CAP

Far from minister’s office in Westminster, on a windy hillside on the outskirts of Bristol, the enthusiasm for a brighter future has taken root with remain-voter Humphrey Lloyd.

Lloyd is the grower at Edible Futures, a smallholding that sells greens and herbs to the local community. He’s also the treasurer at The Landworkers’ Alliance, a union and campaign group representing the interests of small-scale and sustainable farmers.

The European Union’s Common Agricultural Policy (CAP) has dominated agricultural payouts since before Lloyd was born in 1985. Those payments neglect smallholdings like his own. He wants to get in on the action.

Packer, on the other hand, thinks that the UK’s 25-year environment plan, launched earlier this year, is evidence that the status quo will win.

He described the plan as including “lots of rhetoric, lots of good words and very little binding action.”

Still, he sees as positive the fact that now change is inevitable, organizations like his are being invited to the table.

At that table, the concepts of “agroecology” and “agroforestry” are being pushed into mainstream agriculture.

Agroforestry involves using trees to prevent soil erosion, thus building up the health of the soil with organic matter that retains more water — and storing carbon from the atmosphere.

Healthy soil is a mantra being picked up even in industrial farming. The UK government aims to make soils healthy by 2030.

A bill including first-ever targets for soil health was introduced to parliament last March, and is expected to be published later in 2018.

For Ped Asgarian, the manager of organic outfit The Community Farm in Somerset, Brexit certainly will not be the bright gate to a green future.

While sitting at a busy pub in Chew Magna, in the south of England, he notes with irony that as Europe has sought to become more environmentally oriented for years, “the one nation that has been really holding them back is us.”

Packer agrees that Britain could just as easily have made changes from within the EU — such as localizing food systems and moving away from industrial farming, including from the import-export methods upon which it currently relies.

France, for example, recently announced a commitment for 50 percent of food supplied to the public sector to be produced locally.

“The message that we can achieve more outside [the EU] can, in some ways, be unpicked through that story,” Packer points out.

The realities of eating local

Eating locally grown produce is not an easy prospect, given the cool UK climate.

Asgarian, who runs a box scheme selling fruit and vegetables to 450 local households a week, notes that not everything in the box comes from the farm’s 22 acres (8 hectares).

They grow about 30 percent of what they sell, and rely upon a network of other local growers.

“We also work with a couple of larger farms in the north and east of England, because getting enough produce year-round is quite difficult,” he says.

They even have to import some items to keep their customers satisfied.

Read more: Would you eat local for a week? I tried, and discovered what eating green really means

This is why groups like the NFU have been pushing for tariff-free and frictionless trade to continue.

Despite all the challenges, people like Lloyd continue dreaming.

“The history of political change is the history of hopeful people doing what they can,” he says as he makes drills for his next line of onions. “We need to hope, we need to work hard and we need to believe.”

Lloyd continues to be convinced that “we can win quite a simple battle against corporate industrial agriculture in favor of something sustainable and fair.”