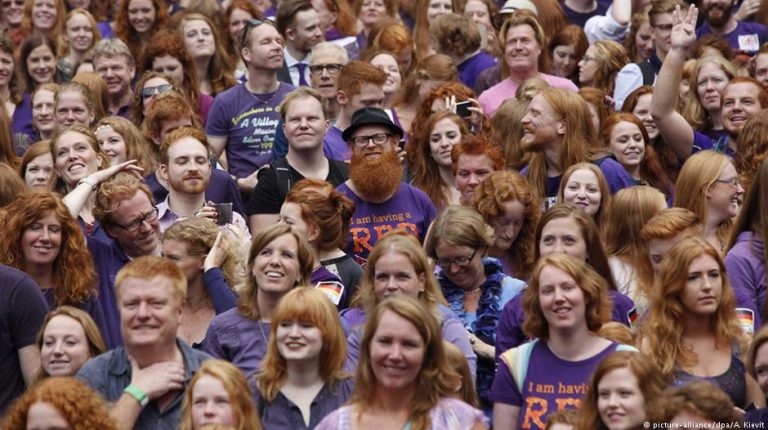 As the Redhead Days Germany event brings together red-haired people from all around the world this weekend, here are a few facts about the unusual hair color and some of the world’s most famous ginger stars.Hundreds of redheads will gather in Germany on September 8 and 9 for MC1R magazine’s second annual Redhead Day. The kick-off party for the event takes place on Saturday; a group picture will be taken on Sunday.

Redheads are a minority all over the world, and they are still struggling with cliches that already existed in the Middle Ages.

“People associate hair color with problems, which actually makes it a problem,” said Tristan Rodgers, the red-headed organizer of the gathering. But his event is not about the problems but rather “to have fun with this special gathering,” he said, “and to make a positive statement and celebrate together at a time when people in certain regions are being reduced to physical and cultural traits.”

Rodgers is the editor of an art magazine called MC1R, for Melanocortin 1 Receptor, which is the name of the gene mutation associated with red hair.

Rodgers is also working on a massive project to map the world’s redheads more accurately. The magazine editor and creative director believes that less than one percent of the world’s population is flame-haired — a figure that however goes up to 10 percent in Ireland.

Our picture gallery presents a selection of 10 famous and inspiring redheads: