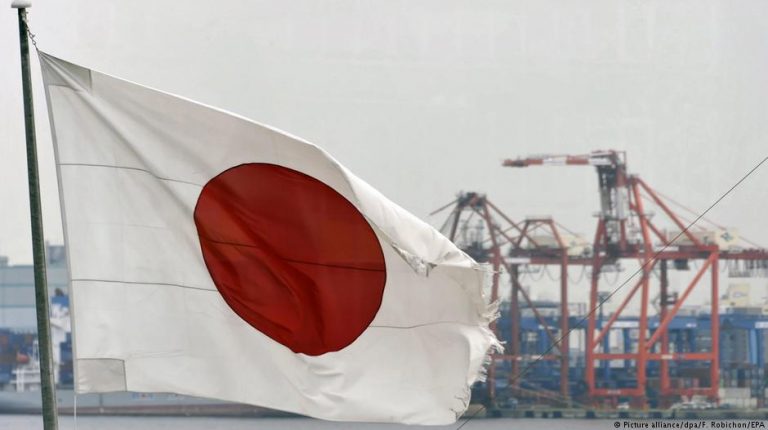 US President Donald Trump remains focused on reducing the American trade deficit, and Japan may be the next target. An American newspaper cites the president as saying he wants to make Tokyo “pay” for its surpluses.China, the European Union, Canada and Mexico — US President Donald Trump is waging his trade war on many fronts, with the likelihood of Japan becoming the next battleground rising, according to US business daily The Wall Street Journal (WSJ).

In a column written by WSJ Assistant Editor James Freeman on Thursday, the author said that Trump saw a “problem” with Japan’s $68.8 billion (€59.1 billion) trade surplus in 2017, which is not expected to come down significantly this year.

Freeman wrote he had a conversation with the president in which Trump had thanked him for his positive comments on the US economy, and was generally praising America’s “good relations” with the Asian country.

“Of course that will end as soon as I tell them how much they have to pay,” Freeman then cited Trump as saying.

Upon the news, the Japanese currency immediately firmed in late New York trading on speculation that Trump may soon target the world’s third-largest economy in its drive to lower the American trade deficits with key partners.

Trump’s remarks come as a bit of a surprise because he was previously seen as maintaining a cordial personal relationship with Japan’s Prime Minister Shinzo Abe, fostered during numerous meetings and rounds of golf.

The American trade gap with Japan is still massive, but has narrowed from a record of $73.3 billion five years ago. In the year to the end of July it fell further to about $40 billion.

By comparison, the US trade deficit with China was $36.8 billion just for the month of July this year, hitting an all-time high on an increase of 10 percent. With the European Union, the gap even widened 50 percent month-on-month to $17.6 billion.

Trump has had Beijing in his crosshairs ever since he took office, and has applied increasing pressure to try to convince the country to change its policies, allow more imports and reduce the $335 billion annual trade deficit.

Washington looks set to unleash another wave of punitive tariffs against China as a deadline on public comment on taxes to the tune of $200 billion expired on Thursday. That would take the total goods targeted to $250 billion out of about $500 billion worth of imports from China each year.

China’s Commerce Ministry has already announced it is readying countermeasures, including tariffs on $60 billion of US imports. China so far has retaliated dollar-for-dollar with tariffs of its own on US goods, but since it imports less than $200 billion a year from the US, it has run out of room to match Trump’s tariffs.

Meanwhile, American corporations are getting increasingly worried about Trump’s crusade on trade, and demanding exclusions from the tariffs.

On Friday, US technology companies Cisco, Dell, Hewlett Packard Enterprise and Juniper Networks issued a last-ditch appeal to the Trump administration to protect key products from being included on a list of the new China tariffs.

In a joint letter to US Trade Representative (USTR) Robert Lighthizer, the four companies claimed that tariffs on networking equipment would increase prices for consumers and delay investments.

“If USTR were to impose a 10-25 percent additional duty, it would cause broad, disproportionate economic harm to US interests, including our companies and US workers, our customers, US consumers, and broader US economic and strategic priorities,” the letter said.

The list of products subject to higher tariffs includes a wide range of components and finished products that are key to cloud computing data centers. Prices are set to rise for servers, routers and switches, which handle data processing and communication. Other components expected to be hit are motherboards and memory modules, which are imported by big US hardware makers, as well as cloud computing companies such as Google, Amazon and Facebook, which assemble machines for their own data centers.

The executives’ joint statement marks a departure from the approach taken by most large US companies, few of whose leaders have spoken out directly against the administration’s trade policy despite harboring concerns about its impact on their businesses.