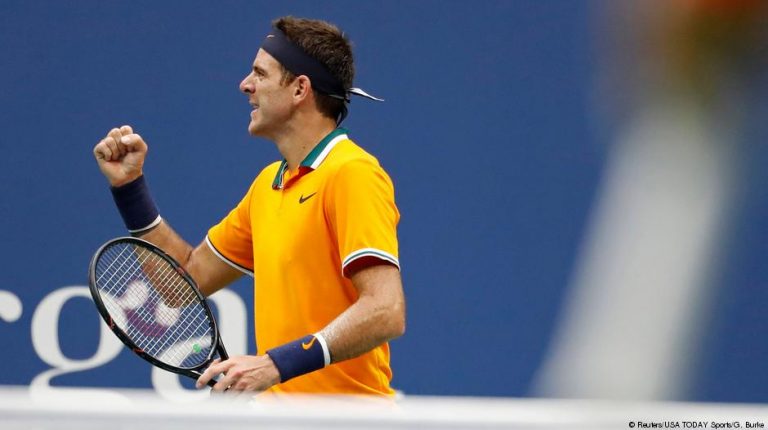 Injury has pushed Nadal out of the US Open, paving the way for Juan Martin del Potro to take on Novak Djokovic in the final. Djokovic is chasing his 14th Grand Slam title, while Del Potro is trying for a second.Juan Martin del Potro will face off against Novak Djokovic in Sunday’s US Open final, after a knee injury forced defending champion and world number one Rafael Nadal to quit his match against the Argentinian.

“Of course, it’s not the best way to win a match,” said Del Potro, who hugged Nadal after the game. “I love to play against Rafa because he’s the biggest fighter in this sport and I don’t like to see him suffering, so I’m sad for him.”

The Spaniard needed two medical breaks to have his right knee taped before calling it quits after the second set.

It came after Nadal had played almost five hours to defeat Dominic Thiem in an epic quarter-final on Tuesday night through to the early hours of Wednesday morning.

“I hate to retire, but staying one more set out there, playing like this, would be too much for me,” Nadal said. “That was not a tennis match at the end. Just one player playing, the other staying on one side of the court.”

Djokovic breezed through to the final showdown with a 6-3, 6-4, 6-2 win against Japan’s Kei Nishikori that took just 2 hours and 23 minutes.

The match will be the 31-year-old Serb’s eighth final at the tournament and 23rd of his Grand Slam career, while for Del Potro it will be only his second Slam final.

“[Djokovic] was playing aggressive,” Nishikori told reporters. “I didn’t have [much] energy to stay with him. He was hitting side to side,” he added.

It will be the first time that Djokovic, who missed the 2017 US Open due to injury, meets Del Potro in a Grand Slam final.

“We have never met in a Grand Slam final. I have tremendous respect for him as a person and a player. He’s a great guy,” said Djokovic, adding that Del Potro has “had lots of injury problems in the past but he’s a big-match player.”

Naomi Osaka, the first Japanese woman to reach a Grand Slam final, will clash with Serena Williams in the women’s US Open final on Saturday.