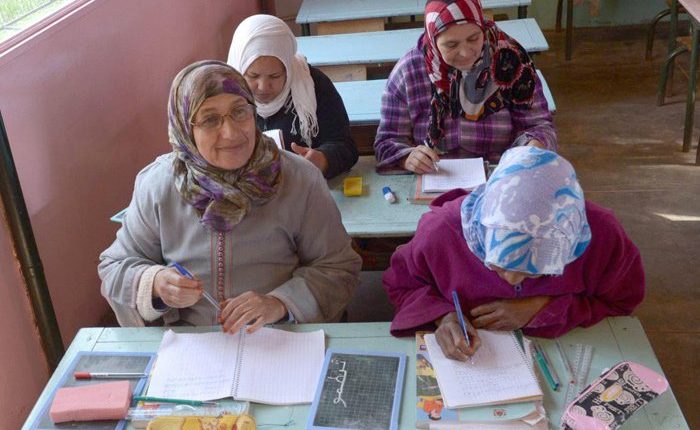 This statement came on the occasion of the International Literacy Day, which is held annually on 8 September, as determined by the UNESCO general conference at the 14th session in 1965.

Notably, literacy is considered one of the human rights, a tool of enhancing personal capacities, and a way to achieve social and human development. This year it is being celebrated under The slogan of Literacy in a Digital World.

According to the CAPMAS, the illiteracy rate has recorded 27.1% (for individuals 15 years and over) in Arab countries, compared to 16% in the world.

In terms of the governorates that recorded the highest rates of illiteracy, upper Egypt came in the forefront of them, in which it reached 37.2% in Minya, 35.9% in Beni Suef governorate, 34.6% in Assiut, 34% in Fayoum, and 33.6% in Sohag.

Meanwhile, the lowest rate in Upper Egypt is 19.1% in Aswan.

“The urban governorate recorded the highest rates of illiteracy, which reached 19% in Alexandria governorate, 16.2% in Cairo governorate, 15.3% in Suez governorate, while the lowest rate was registered 14.1% in Port Said governorate,” according to the CAPMAS.

Meanwhile, the CAPMAS stated further that the frontier governorates recorded the lowest rates of illiteracy, reaching 12% in the Red Sea governorate, 16.6% in South Sinai governorate.

14% increase in volume of Egyptian exports during H1 2018