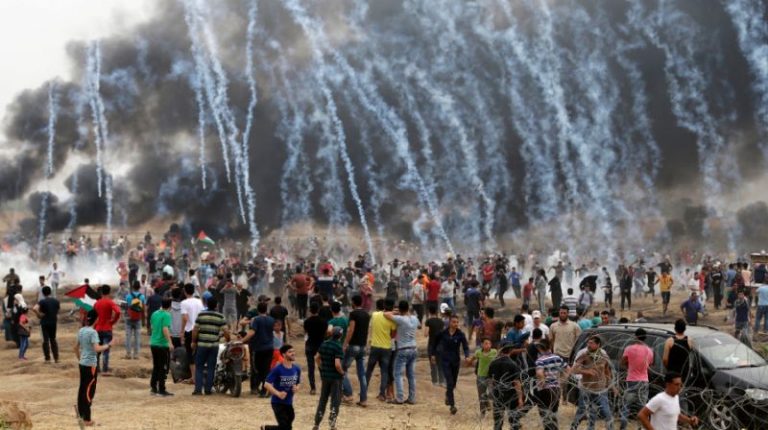 The future of a possible long-term truce between Israel and Hamas looks uncertain. A brokered deal would involve easing the blockade on Gaza and prisoners’ swap.

But disagreements between Fatah and Hamas are standing in the way.

Palestinian President Mahmoud Abbas, whose anti-US stance escalated after US President Donald Trump’s internationally-rejected recognition of Jerusalem as Israel’s capital and the US embassy move, is rejecting any agreement that would deal with the strip separately from the rest of Palestine and insisting that Hamas handles Gaza to the PA, unrecognising its authority to sign any deals.

According to media reports, a delegation of Egyptian intelligence officers last week in Ramallah of was prompted the Egyptians to hold off, in order to resume talks on internal reconciliation first upon being communicated the PA’s rejection of a Hamas-Israel ceasefire.

On Friday, Israeli media reported that Abbas even threatened to sever all ties with Israel if it reaches a long-term truce agreement with Hamas that bypasses the PA and Abbas’s Fatah party.

Following weeks of violence in Gaza near the Israeli borders, a ceasefire agreement brokered by Egypt and the UN was eventually implemented last month. In mid-August, Reuters reported that Egypt was putting the “final touches” to a one-year agreement that was planned to be announced, only if Fatah helped.

Hamas officials say they want to advance a proposal that would put end to the difficult humanitarian situation in Gaza, but accused Abbas of coordinating with Israeli intelligence to thwart such an agreement.

More rounds of talks in Cairo are expected for delegations of Palestinian factions. 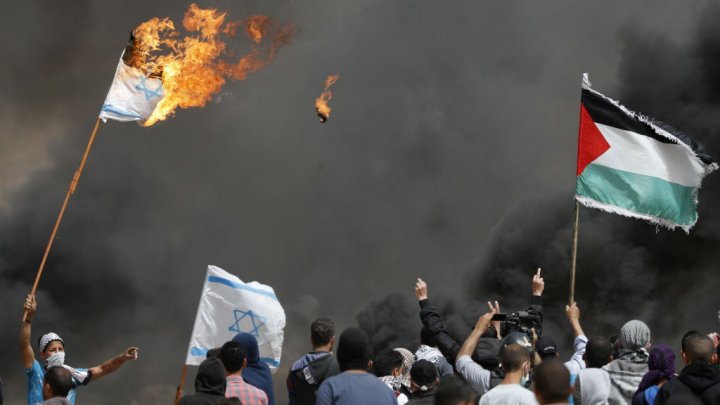 For months, a reconciliation deal between Fatah and Hamas brokered by Egypt and announced in October 2017 has been stalled, as both parties hold to their conditions.

Submitting Gaza to the PA’s control remains one of the main obstacles. Despite that the PA Cabinet convened in Gaza for the first time in October, PA Prime Minister Rami Hamdallah’s convoy was bombed in Gaza in March. Although he survived, the PA blamed Hamas.

Hamas had accepted a new reconciliation plan proposed by Egypt, with specific phases and a timeline and includes the lifting of all PA penalties on Gaza and the full payment of salaries and budgets in the strip, the commitment by Hamas not to interfere in the work of the national reconciliation government, as well as cooperation with it; the provision of fuel without taxes for the operation of the electric power plant under the supervision of the government; and the start of consultations in a month time to form a national unity government.

On the other hand, Abbas continued threats to withhold money sent to Gaza and maintaining Hamas disarmament as a crucial condition for the reconciliation process.

Last week, PA official Yehia Rabah summarised Fatah’s point of view to the local Al-Watan newspaper as following: there are no need for more discussion on reconciliation, but rather implementation of what was already agreed upon by Hamas instead of the group “delusional” pursuits, whether by agreeing to a ceasefire under Israeli conditions or falling in the trap of the “dead” deal of the century.

Situation not calming down with Israel

The details of an anticipated ceasefire plan remain undisclosed fully, but outlines published by different media suggested that it would include lifting sanctions on Gaza, facilitating entry of goods and working towards infrastructure reconstruction.

A prisoner swap in exchange of securing the release of Israeli civilians and soldiers’ remain held by the Palestinian organisation is also on the table.

The terms are essentially identical to those established after the 2014 war in Gaza and are similar to those agreed upon after the 2012 military campaign in the Strip, Haaretz reported in mid-August.

On the ground, signs of eased tensions with Israel are rarely visible whether in Gaza or other parts of the West Bank.

Hamas leading member Mahmoud Al-Zahar said negotiations with Israel did not lead to any practical results on the ground and that Palestinian protests will not back off until the Israeli blockade ends, SAMA reported on Friday, accusing Abbas of hindering Egyptian mediation efforts.

Protests demanding the right of return have been ongoing since March. At least one Palestinian was killed and over 200 injured on Friday in protests near the Israeli border, the Palestinian Ministry of Health said.

“Protesters rolled burning tires and hurled stones toward the Israeli soldiers and the border fence, witnesses said. The Israeli military said that some threw firebombs and a grenade. No Israelis were hurt,” Reuters reported.

Also on Friday, WAFA reported that Jewish settlers attempted to raid the village of Khan Al-Ahmar, east of Jerusalem, which is facing an imminent threat of demolition by Israeli authorities, before they were confronted by Palestinian protesters, local sources told WAFA.

As the situation is lingering, pessimism has started to take over. This also comes as the US position is stirring tensions in light of its recent decision to cut off contributions to the UNRWA. The aid agency the thought to raise funds through and urged contributors to come to its rescue.

Trump further stated that there will be no aids to Palestinians unless they make a deal. “I stopped massive amounts of money that we were paying to the Palestinians and the Palestinian leaders. We were—the United States was paying them tremendous amounts of money,” Trump said during the call on Thursday, adding, “and I’d say, you’ll get money, but we’re not paying you until we make a deal.  If we don’t make a deal, we’re not paying,” he reportedly told a conference room on Thursday.

In an interview published Friday by the Jewish News Syndicate, Trump’s senior Middle East envoy Jason Greenblatt said Hamas was an obstacle to the peace process and criticised the PA abstinence from speaking to the Americans.

“I certainly hope that President Abbas chooses to engage with the peace plan, and I hope he decides to lead his people to a better and brighter future, which is what this plan could bring the people,” Greenblatt stated.

He added that working with the Trump administration is President Abbas’s “best opportunity to possibly achieve many of the goals that he has set out for himself and his people” and that without engaging on the peace plan, the Palestinian people will “fall further and further behind.”

“Moreover, the continued condemnation of the peace plan is going to yield no solution whatsoever to the Palestinian people. So our hope is that, yes, he will realize when he sees the plan that he should become a partner for peace,” he said in the interview.

The so-called “deal of the century” proposed by the US was rejected by Palestine, while Egypt and Jordan maintained positions on the 1967 borders and East Jerusalem a capital of an independent Palestinian state as essential conditions.