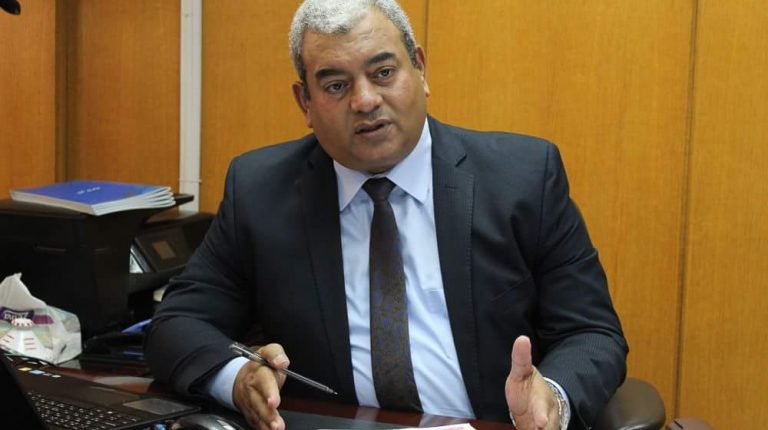 These four years, keeping pace with the appointment of a new chairperson to the firm, whose name is Reda Fathy. Daily News Egypt sat down for an interview with Fathy, to learn more about the company and how it achieved a major growth in the last four years, whereby it ranked the fourth based on the net profits among the insurance companies in the Egyptian market in FY 2016/2017, instead of being number 10 in FY 2013/2014, according to the Financial Regulatory Authority (FRA).

The interview also touched on the expansion plans of the company in the next period, in terms of insurance products or branches, in addition to the latest results of the firm in last FY. The transcript for which is below, lightly edited for clarity:

Can you share latest results of MIC in FY 2017/2018 in terms of investment portfolio, volume of premium, net profits?

Could you please make for us small comparison between latest results,  results of FY 2013/2014? Explaining to us reasons behind this great success?

Concerning the reasons behind this success, before my appointment as a chairperson, I had a chance to work in all sectors of the insurance, hence I realized that the problem was that the clients, always face problems with the claims, whereby they took their claim, then end their deal with the firm, but when I was appointed as a chairperson for the firm, I focused on facilitating the insurance process and to have a quick way in payment claims amount to the customer, since I succeeded in this, we found that most of our customers returned back to insure in our company, as we succeed in regaining their trust again.

It is important to mention that we did not seek any help from outside the staff of the company, all the staff were present before, but the idea is to work efficacy to achieve great results.

Concerning investments, what type of vital investments MIC prefers to invest in?

We always seek to invest through the safest investment means, such as the certificates of the National Bank of Egypt (NBE), as it has a fixed annual return.

How much does MIC acquire from total Egyptian premium portfolio?

I think about 2%, we are ranked also number five among the Egyptian insurance companies in FY 2016/2017, in terms of the net profits, according to the FRA.

Meanwhile, the number of premiums also increased, as we are very selective, our idea is not to have premiums only, but to have also net profits.

Notably, we from the very beginning deal well with all the risk management, risk assessment, taking all the considerations of the insurance.

For example, in the last period, we made the fastest payment of a claim amount in the Middle East, in which we paid more than EGP 60 m claims for a client in 65 days, this is because I work properly from the very beginning, while issuing the premium, therefore when its time of claim I faced no obstacles in paying the claim.

How many branches does MIC have in Egypt, does it has any expansion plans in terms of its branches in Egypt?

We have 19 branches in Egypt and there is an expansion plan, including inaugurating new ones and replacing or switching some branches with each other, according to the number of premiums issued from each branch, but we will not close any branch.

Will MIC offer new insurance products (Premiums) in insurance market within next period?

Yes, we are currently working on three new products and waiting the approval of the FRA, which are a new medical product, in addition to a premium for the equipment and machinery used in the petroleum industry, similar to the premiums used in the contracting, as well as a product for the yachts.

Could you please tell us, what will distinguish newly medical product than currently available?

As I mentioned before that we are ranked number one in the technology development, hence our goal to be ranked among the top five companies in everything either, net profits, investment portfolio, number of premiums, etc.

In addition to making our stake holders always happy and satisfied, notably our stake holders are the regulatory bodies that helped us in ending the corruption in the firm, the employees that were having lower salaries than the market, however they worked efficiency till they have now better salaries than before, and the customers that encourage us.

You mentioned that firm`s stakeholders, could you please tell me, who most important shareholders of MIC might be?

In your opinion, what distinguishes MIC from other insurance companies in Egyptian market?

We always try to facilitate the insurance process on the customer, in order to save his time and efforts. Hence, MIC developed technology system in the cooperate, reaching the point that MIC has now the most advanced technology system not only among the Egyptian insurance market, but also in the Middle East market.

Meanwhile, we have the first on-line motor per-surveying system via tablets, in addition to implementing the first mobile application for motor claims and all other claims in the Middle East, in which the client do everything on-line without a need to visit the cooperate.

It is important to mention that MIC is the only company in the insurance market that open its doors for the customers on Saturday, offering the service of the Motor insurance, with the aim of facilitating the insurance process on the customer that have no time to visit the company except on Saturday.

Moreover, MIC is the only insurance company in the market that does not request a record in paying the claims up to EGP 50,000, as all the rest companies requires from the client to have a record, in order to pay them the claim as to make sure that the client is actually made an accident.

As a result, for all these efforts, our firm was ranked among the top 100 companies due to its financial performance, from Amwal El Ghad magazine, where the company received the prize from the minister of investment and international cooperation, Sahar Nasr.

Furthermore, in 2017, the company developed the health care unit at the heart centre in Marsa Matruh.

Moreover, in 2018, with the aim of obtaining support for the distant places, we implemented the first pharmacy and a clinic were established in southern Upper Egypt (Aswan Cancer Centre) to serve the sons of Upper Egypt, and it will be inaugurated in 15 September.

I will answer this question as an Egyptian citizen, this law is very important, we are in a dire need of this law, due to the high prices of the medical services, as well as the drugs, many people in need for this law to facilitate their treatment, especially, the incurable diseases, such as cancer.

Concerning the insurance, the premiums may decrease, but we should mention that all the entities work for the sake of Egypt, hence we are happy with the law, as it will benefit Egypt, in addition to that we heard that the insurance companies will play role in the law, but this role is still not clear.

Despite how Egyptian insurance market is attractive, however, insurance’s in GDP still very limited, which is 1.1%; in your opinion what reasons behind this limited contribution?

First, Egypt has very limited number of the compulsory insurance products that suit peoples’ needs, hence we need to have more compulsory premiums in the Egyptian market, such as the premiums of professional mistakes.

Second, we have a national wealth that is not insured as most of the governmental buildings are not insured.

Third, the fierce competition in the market, that depend on the price cutting instead of the service, hence I think that it is better to put a pricing for each company according to it is net profits, whereby the competition will depend on the technical results of the company and it is risk management.

I think with the increase of the development projects, the volume of the insurance premiums in the Egyptian market will increase by about 10% or 15% by the end of this FY.

And if the companies work well on the risk assessment and on having competition based on the service not on the price cutting, the volume of the premiums will increase by 25% by the end of this FY.

During past period, press reported that IFE plans to establish an Egyptian Reinsurance company, what do you think about this suggestion?

As a company when we heard about this idea, we welcomed the idea, stating some suggestions, but actually I do not know where it reached.

But I think that we can separate the old Egyptian reinsurance, which had been incorporated with Misr Insurance, and I think this option is not difficult.

Or I think that the state can implement a new Egyptian reinsurance company as the old one, then offer some of it in the Stock Exchange, thus the companies that prefer to share in the capital of the company can buy shares and enter it through the stock exchange.

Finally, what hopes do you have for insurance industry?

My only hope and message is to change the negative stereotypical image that some of Egyptians have on the insurance that it is not honest or quorum, in order to see more appreciation by the public for the concept of the insurance.