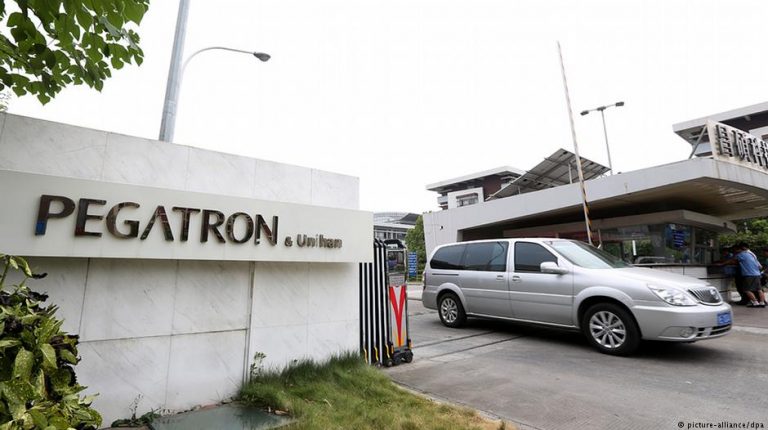 Shares in Apple’s Asia-based concept firms have tumbled after US President Donald Trump launched a broadside against the tech giant demanding it should move production to the US if it wanted to avoid tariffs on imports.Shares in Chinese Apple suppliers Luxshare Precision, Shenzhen Sunway Communication and Suzhou Dongshan Precision Manufacturing fell as much as 10 percent on Monday morning.

The drop in Apple-linked shares comes as the Trump administration is readying new tariffs against Chinese imports amid an escalating trade dispute with Beijing.

Washington has already imposed taxes on Chinese imports to the tune of $50 billion (€43.2 billion), and has threatened to slap levies on another $267 billion worth of goods from there — covering virtually all of China’s exports to the US.

As Apple warned that the 25 percent higher tariffs on Chinese imports would increase prices for American consumers, Trump lashed back on Saturday.

The US president said on Twitter that Apple should make its products in the US instead of China to avoid suffering the consequences of his trade war with Beijing.

Trump has repeatedly called for companies to move production to the US, or to keep it there, while pushing aggressive trade actions aimed at narrowing the US trade deficit.

US businesses say higher American wages will offset the benefits they gain by avoiding tariffs affecting their imports from China. But Trump has been unapologetic, insisting that his tough trade tactics will work.