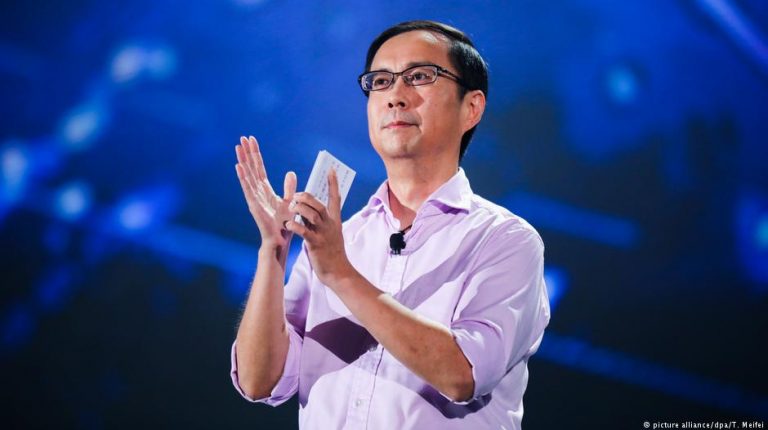 The founder of Alibaba, Jack Ma, has announced he will step down next year, handing over the reins at the Chinese e-commerce giant to Daniel Zhang — the current chief executive, who some believe will usher in a new era.Alibaba’s charismatic founder-leader, Jack Ma, will officially pass the baton in exactly a year from now — on his 55th birthday. Although he intends to remain on Alibaba’s board until 2020, he said he wanted to focus on philanthropy and education, as well as pursue unspecified “new dreams.”

In a statement issued on Monday, he named Daniel Zhang as the new executive chairman — a finance veteran who’s presided over an ambitious expansion and won over investors in the three years he’s served as chief executive officer (CEO).

Both in personality and skillset, Zhang is likely to herald a new era for the Chinese e-commerce giant as their differences could not be more drastic.

Jack Ma — a former English teacher — has become a globally recognized figure through his constant travel and playful antics, such as impersonating Michael Jackson at a company event last year.

Eight years younger than Ma, Daniel Zhang, on the other hand, is a mild-mannered accountant with a calm, collected demeanor. Chinese media often refer to him as the man who transformed Ma’s sturdy little “tractor” into a “Boeing 747.”

Hailing from the commercial hub of Shanghai, Zhang studied finance at Shanghai University of Finance and Economics. He was a senior manager at global auditor Price Waterhouse Coopers and chief financial officer (CFO) of a Chinese online games company before joining Alibaba in 2007 as CFO of its main online marketplace, Taobao.

Zhang is credited with building Alibaba’s Tmall business-to-consumer platform into one of the group’s most successful arms, and creating the annual November 11 “Singles’ Day” online shopping bonanza, China’s biggest retail day of the year.

Launched in 2009 as China’s answer to the US’ “Black Friday,” the shopping event last year saw more than $25 billion (€21.6 billion) worth of goods snapped up on Alibaba platforms — up nearly 40 percent year-on-year.

In his letter on Monday, Ma described his successor as showing “superb talent, business acumen and determined leadership,” adding that Zhang’s “analytical mind is unparalleled, and he has the guts to innovate and test creative business models.”

In many ways Zhang has been in charge since becoming chief operating officer in 2013 and CEO in 2015, with Ma stepping back and acting as more of a figurehead.

Under Zhang’s tenure, Alibaba has moved from PC-based transactions to mobile-based, which now account for nearly 80 percent of total gross merchandise volume.

With revenues surging, Alibaba’s stock has soared nearly 90 percent. It is now one of the world’s most valuable companies, with a market capitalization of about $420 billion.

Jeffrey Towson, investor and business professor at Peking University, said that unlike Jack Ma, Daniel Zhang is not really charismatic. “He’s super smart, but when he gives a press conference, it’s not really his thing,” he told the news agency AFP, just to add that Alibaba’s management team was “all wicked smart.”

In August, it teamed with Starbucks to capitalize on China’s growing coffee culture and in April completed the acquisition of Chinese food-delivery leader Ele.me, among other deals.

Zhang once said that in the world of business, excitement and competition never end. “You must keep awake every minute; you need to keep your eyes open in your sleep. You must keep learning and innovating.”