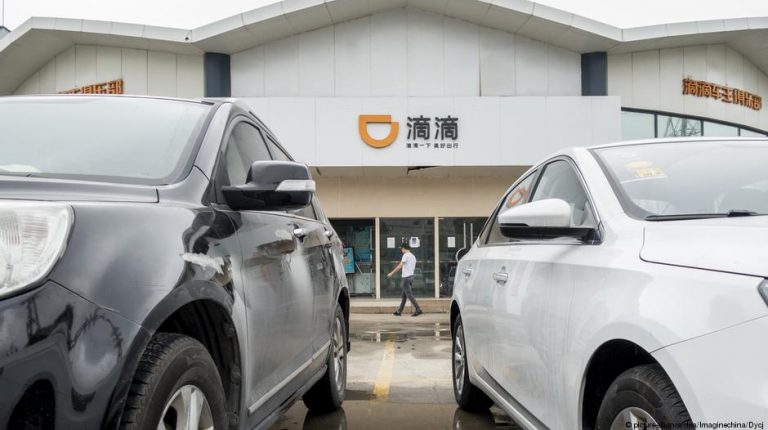 Beijing has ordered carpool services offered by ride-hailing firms to be temporarily suspended until tighter safety measures are implemented. The move follows cases of rape and murder at market leader Didi Chuxing.Local governments across China were beginning to review the backgrounds and qualifications of all drivers signed up with web-based carpooling and other private car-share services, the country’s transport and public security ministries said in a joint directive issued late Monday.

Drivers and cars deemed unqualified will be removed from such services by the end of this year, while service operators in the meantime must take a range of safety measures, including strengthening alarm and rapid-response mechanisms to enable passengers to indicate when they are in danger, the ministries’ decree ordered.

Ride-hailing companies, notably Chinese market leader Didi Chuxing, would be required to establish 24-hour safety management and emergency response teams, and must furnish real-time information on drivers and passengers to police, it went on.

Until those measures had been implemented, carpooling services such as Didi’s Hitch would be banned, the ministries said, without specifying how long the suspension would last.

The move comes in the wake of the killing of a 20-year-old female passenger last month, who was raped and murdered by her Hitch driver in the eastern city of Wenzhou. Didi Chuxing faced boycott calls after it emerged that the company did not act on a complaint about the driver just one day before the killing.

Hitch enables private drivers to pick up passengers while on their daily commutes for a little extra money. Didi marketed Hitch as a way for riders to make friends, as well as a cheaper alternative to its other services.

However many of its features seem to be abused. For example, the app allows drivers to leave personalized tags and ratings of passengers on Didi Hitch. But female passengers noticed that some drivers used those features to comment on their looks.

Didi Chuxing was already under the gun after police said in May that a Hitch driver killed a 21-year-old female flight attendant whom he had picked up. State media reported she was stabbed at least 20 times and that the killer’s dead body was later found in a nearby river.

Following last month’s murder, Didi itself suspended and temporarily halted all late-night ride-hailing for a week beginning last Saturday. In addition, it fired two senior executives at Hitch amid mounting calls from passengers to boycott the service.

For Didi, the suspension comes at a fraught time because the company is rapidly expanding in China and around the world, and is widely expected to raise billions of dollars should it seek to sell shares on public markets.