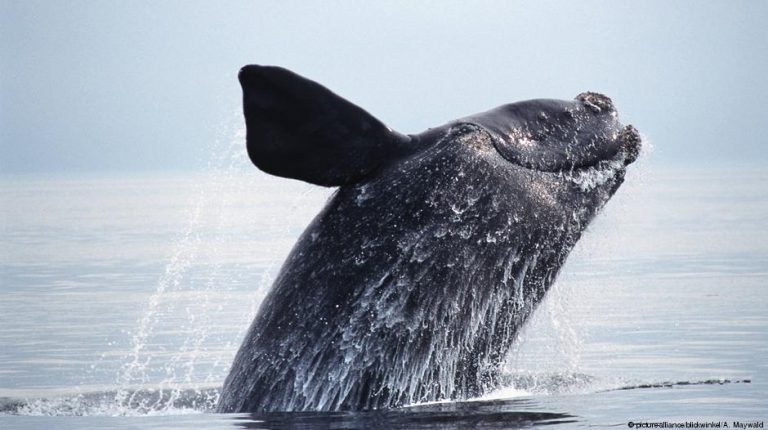 The proposal puts Japan and pro-whaling countries up against host country Brazil and its anti-whaling allies, who want to strengthen conservation.

Brazil’s Environment Minister Edson Duarte told the opening session in Florianopolis, a beach resort south of Sao Paulo, that it was “time for progress, not setbacks.” He advocated for creating a whale sanctuary in the southern Atlantic.

Brazil wants to get IWC members to agree that commercial whaling is no longer necessary and that whale populations should rise to pre-industrial whaling levels.

The IWC placed a moratorium on whale hunting in 1986 to protect whale species from extinction.

Japan argues that the whale hunting ban was only meant to be temporary and wants a committee to establish quotas for hunting healthy whale populations.

Tokyo is also pressing for a rule change at the IWC to allow decisions to be made by simple majority vote instead of a three-quarters majority.

“The reform proposals are aimed at making the IWC capable again of making decisions as a resources-managing body, and we believe it would be in the interests of all members including anti-whaling nations,” Japanese government spokesman Yoshihide Suga told reporters in Tokyo.

Japan says it complies with the whale hunting ban, but through a loophole it kills several hundred whales each year for research purposes. The whale meat often ends up in restaurants.

Australia, the United States, European Union and other states are against commercial whaling.

“These graceful giants face so many threats in our degraded oceans such as entanglement, plastic and noise pollution, and climate change, the last thing they need is to be put back in the whalers’ cross-hairs,” said Kitty Block, president of the animal protection organization Humane Society International.