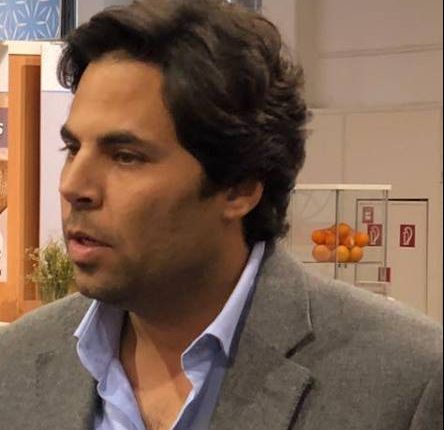 Fruttella for Food Industries achieved a 40% increase in its sales value this year by expanding in export-oriented agricultural products.

Ahmed Sarhan, managing director of Fruttella, said that his company achieved sales of EGP 140m this season, after the end of exporting season except pomegranate, compared to EGP 100m last season.
He added that the company bought an electronic citrus sorting line last season to ensure compliance with international export standards.

Sarhan added that the increase in the company’s sales came as a result of increasing the quantity of local and export-oriented products by about 4,000 tonnes, bringing total production to 14,000 tonnes compared to 10,000 tonnes last year, an increase of 40%.

Fruttella exports all citrus products as well as pomegranate, grapes and mango. Most of the company’s products are export-oriented, especially, orange, in which the company devotes high quality oranges of grade 1 and 2 for exportation, while the products of grade 3 are sold locally.

Sarhan said that his company focuses on Canada being a new market, as well as African and Australian markets, prompted with the high demand for Egyptian citrus in these areas.

In the last season, Fruttella entered the Canadian and Australian markets for the first time, benefiting from the United States’ loss of more than 50% of its citrus crop following the hurricane that hit the country several months ago, according to Sarhan.

The company aims to double its exports of pomegranate to reach 1,400 tonnes compared to 700 tonnes last season.
Fruttella exports its products to many European countries, Malaysia, Vietnam, China, Kenya, Nigeria, and the Gulf countries, but the Netherlands and China account for 60% of total exports, while Africa has only 4%.
Sarhan believes that East Asian markets, especially, China, are promising for Egyptian citrus. However, this season saw a significant increase in local citrus prices in conjunction with the global market.
He added that the Chinese market would have increased their imports from Egypt, if the exporters kept the sale prices of last season, but the high domestic prices prevented this move, amid increasing competition from Spain and Turkey.
To achieve this, Sarhan required the organisation of the shipping process and determining the quantities agreed upon by Egyptian companies, to control the products flow in China and avoid depreciation.
He pointed out that the increase in the value of Egyptian citrus crops last season was supported by the decline of Chinese production, which coincided with the end of the season in Egypt.
Sarhan said that the African market is important, but it needs more efforts by the commercial representation offices in the continent to provide suitable marketing reports and also facilitate the transport of crops.