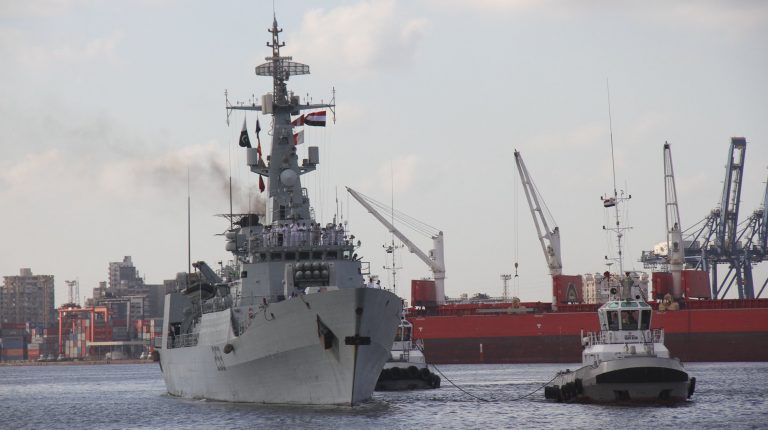 Pakistani naval ship SAIF PNS arrived in Egypt to take part in the drills, which aim at exchanging expertise in a manner that supports maintaining stability and maritime security in the region.

Earlier this month, Egypt celebrated establishing the first home-made Gowind-class corvette in Alexandria, as part of a 2014 contract with France, with an aim to upgrade the country’s maritime fleet.

The warship dubbed the “Port Said Frigate” was manufactured by both Alexandria’s Shipyard Company and France’s Naval Group Company,

Furthermore, the biggest drills between Egypt and the United States dubbed “Bright Star 2018” have returned after years of suspending.

Bright Star 2018 drills kicked off on 8 September and will last until 20 September with the participation of the US military forces, the Egyptian armed forces, as well as the armed forces of other participating countries at the Mohamed Naguib Military Base.

The first Bright Star exercise was in 1980 following the signing of the Camp David Accords in September 1978. The drills aim at enhancing joint military cooperation.