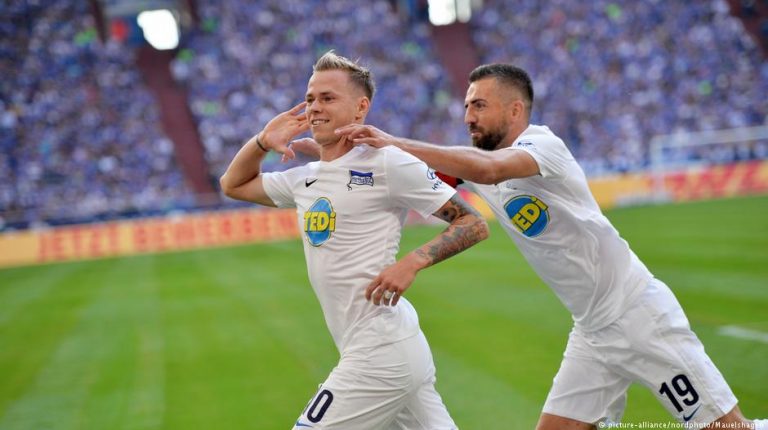 That Bayern Munich are one of three teams with maximum points is no surprise, but the identity of the other two is. Wolfsburg and Hertha Berlin have taken very different paths but both have impressed early in the season.Though only an hour’s train journey separates their two cities, Hertha Berlin and Wolfsburg are two very different clubs.

Under Pal Dardai, the capital city outfit have become a byword for stability and solidity, the very qualities Saturday’s opponents have lacked in recent years. Since Dardai took the coaching reins at Hertha in 2015, the Wolves have gone through five coaches, the Volkswagen emissions crisis and the sales of Kevin de Bruyne and Julian Draxler.

They’ve also registered a memorable first leg win over Real Madrid in the Champions League knockout stages and survived two relegation playoffs in that period. Comments made this week by Jörg Schmadtke, Wolfsburg’s managing director in charge of sport to news agency SID, revealed something of the tug-of-war between the rich upstarts who won the Bundesliga in 2009 and the German Cup in 2015 and the financially straitened club of the last two seasons.

“We always have the desire to be a serious Bayern hunter,” Schmadtke said, before tempering those words almost immediately. “First of all, we need to stabilize ourselves a lot, and to talk about European competition after two matchdays is a bit too fast for me.”

A little over 200 kilometers (124 miles) to the east, European qualification has been achieved in two of the last three seasons. Finishes of seventh, sixth and 10th in Dardai’s three full seasons in charge have been built on a foundation of defensive organization, discipline and hard work, with the Hungarian coach always preaching team values above all else.

Hertha have conceded an average of 45 goals a season (or just 1.3 per game) in that time frame and the Olympic Stadium has become a daunting away trip. BSC have started in similar fashion this term, with wins over Nuremburg and Schalke meaning they are the only top-flight side yet to concede.

But the victory over last season’s runners-up – though something of a smash and grab – did showcase the attacking evolution of Dardai’s side. The muscular stylings of Vedad Ibisevic and the pace of Salomon Kalou remain, but in Valentino Lazaro and Ondrej Duda, Hertha have two young attackers capable of big things.

Austrian winger Lazaro slipped through the Leipzig net when joining Hertha from Red Bull Salzburg in 2017. An exciting dribbler with a dangerous cross, the 22-year-old adds an unpredictable dimension Hertha have often lacked.

Duda (pictured top, left), 23, scored both in the win in Gelsenkirchen. He operates a little further back in the middle of the park and endured a difficult start to life in Germany, with injuries ruling him out of almost the whole 2016-17 campaign and significant chunks of last term. But a full preseason and 90 minutes in each of Hertha’s three games (two league, one cup) this season have enabled the Slovakian schemer to come to suggest his intelligent passing can make Hertha tick.

“Everyone is happy for Ondrej because he had a tough year last year,” said Lazaro of his teammate. “Our game plan suited him perfectly. His job was to disrupt [Sebastian] Rudy’s build-up play. We also knew he had a lot of quality and after today’s performance we know he won’t giving up his place easily.”

Wolfsburg head coach Bruno Labaddia acknowleged both Hertha’s solidity and attacking improvement in his pre-match press conference, while also expressing his delight at how well his team – who have now won their last six matches – have “clicked” since the tail end of last season. He doesn’t want to lose that momentum.

“I’m not a huge fan of putting a dampener on things when the atmosphere is good,” he said. “We don’t look like taking our foot off the gas, and two victories give us every reason to go into the game with great excitement.”

If either side manages to extend their perfect record on Saturday afternoon, expectations may prove very difficult to contain.