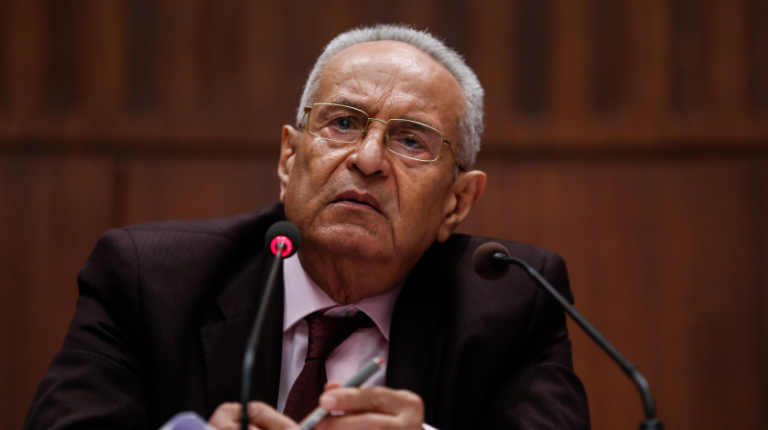 The Consultative Council of Al-Wafd party headed by Amr Moussa held a meeting on Friday with heads of the party, in which they agreed with recent decisions taken by the head of the party Bahaa Abo Shoqa that included the dismissal of member Mohamed Fouad.

The meeting was held to discuss recent updates of internal debates that occurred in parliament following suspension of Fouad.

Abo Shoqa said that he informed parliament speaker Ali Abdel Aal regarding the suspension of member Mohamed Fouad only, and was not requesting his dismissal from parliament.

Last week, Abo Shoqa decided upon the suspension of the membership of Fouad and refereed him to investigation after over allegations of violating internal regulation of the party. Abo Shoqa said that the Fouad, who is a parliament member in Al-Wafd parliamentary bloc, submitted a draft on personal status law to the parliament and started a community dialogue regarding it without communicating with the party. However, some fellow member have reported that the decision came due to an article posted by Fouad on his Facebook account criticising Abo Shoqa and his actions.

While Al-Wafd party are facing internal debates, new members Actor Alaa Morsi, and Football Stars Hesham Yakan and Amr Zaki have joined the party’s art and culture committee. It is also scheduled that more figures would join the party.

Following Fouad dismissal, local media reported that a state of division stirred inside Al-Wafd party resulting in resignation of other six members. Abo Shoqa commented on this regarding saying, “there is no crisis inside the party, and there is no difference in views,” adding that the party is not facing any problem and what is currently happening inside the party is normal inside any political parties.