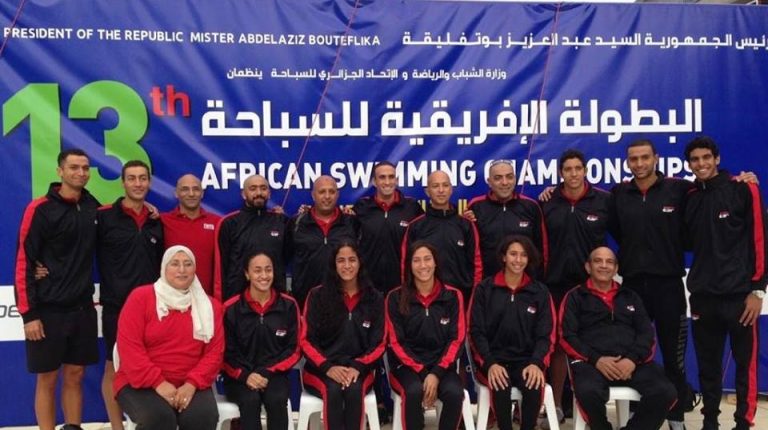 The national team took the lead in the 13th African Championships, which was held for the first time in Algeria between 10-15 September.

South Africa finished second with 22 medals; followed by Algeria in third, Tunisia in fourth, Morocco in Fifth, Zambia in the sixth, and Mauritius with a bronze medal in seventh place.

Egypt won two gold medals and four silvers on the first day, then six gold, two silvers, and a bronze on the second day.

On the third day, the team won nine medals, including five gold, three silvers, and a bronze. On the fourth day of the tournament, Egypt’s Farida Othman won her second gold medal in the tournament.

In the men competition, Marwan Al-Kamash won a silver, while his colleague Marwan Al-Amraoui took a silver in the same pool.