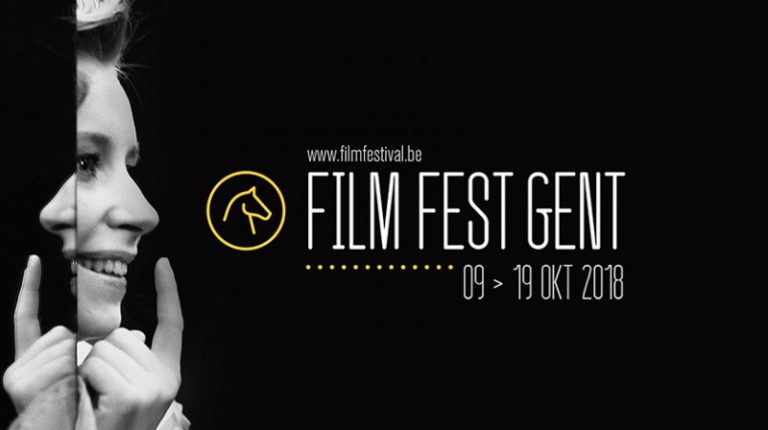 At the 45th Film Fest Gent, Belgian cinema will be present as ever. Earlier it was announced that not only the opening night Girl by Lukas Dhont, but also the closing film Beautiful Boy by Felix van Groeningen will come from a Belgian director. The festival now presents the 10 titles by or with Belgian talent, including no less than six world premieres. Artistic director Patrick Duynslaegher said that the slate is “indeed a strikingly Belgian edition, but at the same time this section also has an international allure, with an American film Beautiful Boy directed by Flemish director Felix van Groeningen; a co-production shot in Belgium Kursk by Danish director Thomas Vinterberg and starring our very own Belgian Matthias Schoenaerts; a film shot in Tunsia Fatwa by Tunisian-Belgian director Mahmoud Ben Mahmoud; a French-speaking Belgian film Duelles with Belgian prides Veerle Baetens and Anne Coesens in the leading roles; and a Flemish documentary about the Belgian photographer Harry Gruyaert, who made his career in Paris at Magnum.”

He added that “diversity is also an asset of the two Belgian series that are both historical and a current topic, with a Louis Paul Boon adaptation The Flemish Bandits and the saga Over Water against the background of cocaine traffic in the port of Antwerp.”

1. Beautiful Boy – Felix van Groeningen (Searchers) Timothée Chalamet and Steve Carell get under your skin as an addicted son and his father. This English-language debut by Van Groeningen is based on the memoirs of journalist David Sheff and his son.

2. Coureur – Kenneth Mercken (Paradiso) – world premiere. The semi-autobiographical debut of Mercken follows Felix, who grows up in a world of cycling races, drugs, and violence. As national champion in the minor league, he starts cycling in Italy, but his career is compromised when his body does not respond well to stimulants.

3. Duelles – Olivier Masset-Depasse (o’Brother) Neighbours Alice (Veerle Baetens), Céline (Anne Coesens) and their sons have developed a close friendship over the years. This psychological thriller slowly, but surely develops when their relationship rapidly deteriorates when one families is struck by fate.

4. Etangs Noirs – Pieter Dumoulin & Timeau De Keyser (Accattone films) – world premiere. Jimi, a young man living in the Brussels’ neighbourhood Cité Modèle, tries to pass on a parcel to a local woman that was delivered to his apartment by mistake. When Jimi cannt locate her, finding her becomes an obsession.

5. Fatwa – Mahmoud Ben Mahmoud (Cinéart) – world premiere. When a French-Tunisian father returns to Tunisia to bury his son, he discovers that the circumstances of his death are rather suspicious. Instead of a motorcycle accident it seems to have something to do with his recent interest in the jihad.

6. The Flemish Bandits – Christophe Dierickx, Benjamin Sprengers, Robin Pront & Maarten Moerkerke (VTM) – world premiere. This new historical series tells the story of Jan de Lichte, a gang leader who caused unrest in and around Aalst in the 18th century. In addition to Matteo Simoni, a lot of A-list Flemish actors signed up to star in this epic new television series.

7. Girl – Lukas Dhont (Lumière). This impressive debut, which has won several awards in Cannes, follows the transition of the adolescent ballet dancer Lara. The nuanced and tender film that portrays the transition of a transgender will be our opening film and has been selected as the Belgian entry for the Oscars!

8. Harry Gruyaert – Gerrit Messiaen (Dalton) – world premiere. After the retrospective exhibition in Antwerp, the work and life of the Belgian Magnum photographer Harry Gruyaert can now also be seen on the big screen. With photographer Jimmy Kets behind the camera, this colourful documentary takes the viewers from Cairo and LA to the Flemish countryside.

9. Kursk – Thomas Vinterberg (Belga). The director of ‘Festen’ and ‘Jagten’ shows the last hours of a Russian submarine that sank to the bottom of the Barents Sea in 2000 with its entire crew still on board. The passengers played by, among others, Matthias Schoenaerts and Lea Seydoux, try to keep their spirits up when it seems that the rescue mission is taking longer than expected.

10. Over Water – Paul Baeten Gronda, Tom Lenaerts and Norman Bates (één) – world premiere. Former television star John Beckers (Tom Dewispelaere) gets one last chance from his wife (Natali Broods) and kids to get his life back together. When he starts working in the port of Antwerp, he quickly finds himself in the middle of a lucrative but dangerous arena of cocaine trafficking.

The titles mentioned above that are shown at Film Fest Gent are divided into 4 different sections: Official Competition, Galas & Specials, Artists on Film and Serial Madness. On 12 October the two Flemish series will be put in the spotlight on Serial Day through conversations with, among others, the screenwriters and directors! At the press conference of 20 September the festival will announce which films will be included in the competitions, including the Official and the Best Belgian Student Short Film competition.

Belgian film music will also be put in the spotlight at the 18th World Soundtrack Awards on 17 October in Capitole Ghent, where a composer will receive the prize for Best Original score for Belgian Production. The three nominees will be announced on 12 September.

The 45th Film Fest Gent runs from 9 to 19 October in Kinepolis Ghent, Studio Skoop, Sphinx, Vooruit, KASK cinema, and Capitole Ghent. The complete programme will be announced on 20 September 2018.