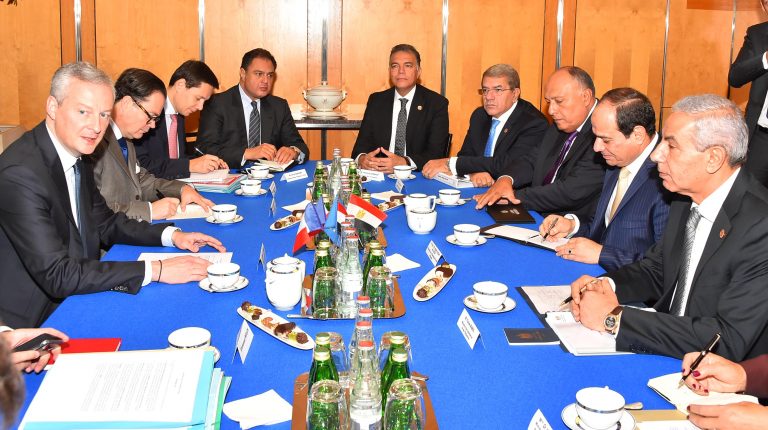 Alaa, and Gamal Mubarak, Yasser El Mellawani submitted a motion for recusal, in the of ‘Egyptian Exchange (EGX) manipulation case’ on Tuesday.

Osama Obeid, the lawyer of businessperson Hussein Al-Sherbini, said that the motion for recusal submitted, will put the case on hold, until the motion is reviewed, and a decision is reached either to accept or dismiss it.

He added that if the motion is accepted, then the case will start from scratch in front of a different court, explaining that he expects a decision within a month.

On Monday, the Cairo Criminal Court on Tuesday offered the nine defendants in the case’ the possibility of reconciling with the Ministry of Justice and ending the case, and granted them until the upcoming hearing on 20 October.

The court ordered the defendants, Alaa and Gamal Mubarak, businessperson Hassan Heikal, Yasser El Mellawani and others, to be held in custody—since they were released from prison in 2012—but this time on charges of manipulating the shares of the Al Watany Bank of Egypt when it was sold to the National Bank of Kuwait in 2007.

Earlier, a source close to the bank’s former head, Ayman Fathi Hussein, the first defendant, said that the court has informed the defendants of the possibility of reconciliation to end the case, and will meet in the coming days to consult with other parties in the dispute, to submit a request for a unified reconciliation for all defendants.

The source, who preferred to remain anonymous, said that Hussein accepts the idea of ​​reconciliation and wants to put an end to the case in principle, adding that negotiations will have to include the value of fees and remaining procedures.

He noted that the value of the dispute in the case is high and represents the full amount paid by the National Bank of Kuwait to acquire Al Watany Bank of Egypt, while the shares of the defendants in the dispute is simple, and should not bear the value of the transaction alone in the form of compensation, especially that there are other shareholders who have acquired a large sum from the deal worth hundreds of millions such as Egypt Post and the National Investment Bank.

The source said the court did not set a time limit for reconciliation, but it is supposed to take place before 20 October—the date on which the dispute will be first considered again.

Qalaa Holdings said that Amr El-Kadi, one of the defendants in the case, and head of investor relations and risk management at the company, has been detained in the case to be presented before the reconciliation committee.

But a number of defendants rejected the idea. Mohamed Hamouda, Ahmed Naeem Badr’ lawyer, one of the defendants, and managing director of Al-Naeem Investment company, said there was no reason to submit a request for reconciliation as long as the experts’ report was in favour of the defendants and proved that they had not received any gains, and that Mubarak’s sons did not have a role in the sale.