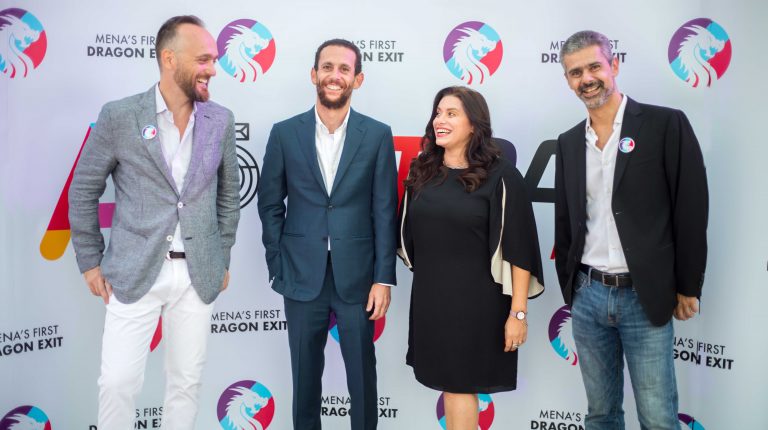 Following this transaction, A15 became the first fund in the Middle East and Africa, which created a Dragon from one of its investments, TPAY. A Dragon is an investment that returns the entire value of the fund when exited. In this case, TPAY returned a multiple of the value of the entire A15 Fund to its investors, a liquidity event that is very rare in the global tech investment space and a first of its kind in the MENA region.

This MENA’s First Dragon exit is the second major exit for A15 in three years after the sale of Otlob, one of the leading regional online food delivery businesses, to Rocket Internet.

Following the acquisition by Helios Investment Partners, A15 and the current executive team will continue to lead the implementation of TPAY’s growth strategy, with guidance from the new owners, and both will remain invested in a total of 24% of the company.

Established in 2014, TPAY was the first open mobile payment platform to be launched in the region and, today, commands the largest market share at 80% in the DCB space, also known as Direct Operator Billing, across 16 countries, with a total reach of 673 million users.

The number of active digital content subscriptions set-up through TPAY’s platform grew at a compound annual growth rate (CAGR) of 149% since 2015. The company processed 622m successful transactions since its launch. Through its partnerships with 33 leading mobile operators, the number of successful transactions processed by TPAY grew at a CAGR of 1,081% since its launch. The company was able to build strategic partnerships with key regional and international players such as GooglePlay, Wargaming, NetDragon, CrossFire, Gameloft, OLX, Opensouq, MBC, iFlix, Abu Dhabi Media, and Dubai Channels Network, amongst others.

The global DCB industry is expected to register a CAGR of 23% during the 2018-2022 period, according to the latest market research report by Juniper Research.

Karim Beshara, chairperson of A15, commented SAID TPAY became a fund-maker owing to the unique approach in which A15 manages its portfolio companies. The DCB market fundamentals are very promising, and we strongly believe that with such a capable and experienced partner like Helios, TPAY is well-positioned to unlock its utmost potential. I am looking forward to continuing our work with Sahar and her exceptional team, as well as with Helios to take TPAY to the next level of growth globally,” he added.

Fadi Antaki, chief executive officer of A15, said that TPAY as a portfolio company achieved this level of exponential growth driven by A15’s unique DNA and operating model.

For his part, Babatunde Soyoye, co-founder and managing partner of Helios Investment Partners, said that A15 and TPAY management have built an outstanding mobile payments platform that is profitable and still has a lot of room for growth in Africa and beyond given its applicability to a wide range of payment types and ease of use.

With an estimated 86% of adults who do not have a bank account in the MENA region according to Payfort – Wamda, mobile payments and DCB become key to buying digital and physical goods online. MENA is forecast to see the second fastest growth in smartphone adoption of any region over the next few years bringing smartphone adoption to 65% by 2020, as per the Global System for Mobile Communications Association (GSMA) report.

KarmSolar targets to conclude $100m worth of contracts by end-2018