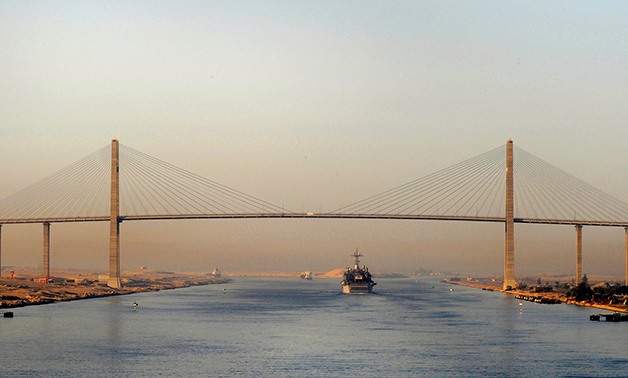 The Head of the Maritime Transport Sector Rida Ahmed Ismaeil, said on Monday, that the $11bn of Chinese investments are injected in the Suez Canal Economic Zone (SCZone), as the Suez Canal is the gateway to the New Silk Road.

He added, that the Belt and Road Initiative between China and Africa targeted investments $700bn.

Ismaeil statement came during Impact of the Silk Road and Investment Opportunities between Arab Countries and China conference, organised by the Arab Academy for Science, Technology, and Maritime Transport (AASTMT).

Moreover, Minister of Transportation Hesham Arafat said that China, Arab countries, and Italy are Egypt’s main partners, adding that the volume of bilateral trade between China and Egypt is about $2bn in 2018, and that China’s direct investments with Egypt amounted to $106m, marking an increase of 755 compared to last year.

Ismail Abdel Ghafar Ismail President of the AASTMT, said that the initiative will promote a strategic partnership between China, and  Arab countries. As it will contribute to better trade relations, and establishing infrastructure.

On the other hand, Ahmed El Wakil, vice chairperson of the Union of Mediterranean Chambers of Commerce and Industry (ASCAME), said that 26% of the world’s trade goes through Egypt.

“The volume of trade between China and the countries of the Belt and Road Initiative from the Arab countries amounts to about $5tn, and the volume of investments between them stands at $80bn,” he said.