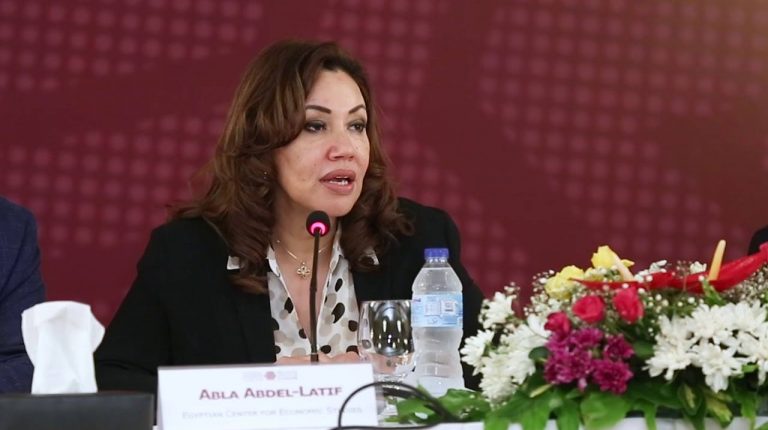 Chairperson of the Presidential Advisory Council for Economic Development at the Egyptian Centre for Economic Studies (ECES), Abla Abdel Latif said that there are some indicators that refer to an imminent real estate bubble.

Abdel Latif added that there are dynamic changes happening in the market such as the increase in demand on small sized units, high unit prices, decrease in resale, and the intervention by the government in the market is playing a pivotal role in land trade. In addition, she added that developers are currently providing substantial facilities to their clients, and that these facilities are excessive.

Abdel Latif statement came during a seminar held in ECES named “ Is Egypt approaching a real estate bubble”, where she elaborated that the New Urban Communities Authority has turned into a land trader through offering highly priced lands.

Furthermore, she noted that the government has launched more than 20 new cities’ projects where their target population is much higher than Egypt’s actual population increase. In addition, Egypt’s resources are limited so launching such similar expensive projects is taxing the country’s resources.

She also explained that the real estate tax has a negative impact on reaching the real estate bubble in the sector because of resale transactions, since people would evade buying the tax through resale.

Above all, the real estate market suffers from a lack of database, duplications, and complex legislations, in addition to an absence of a solid and clear vision by the government for a land management system, according to Abdel Latif.

For his part, Hisham Shokry, chairman of Rooya Group for Real Estate Investment said, “we cannot say that it is a real estate bubble, but it is a deceleration in the market, which will lead to stabilising units’ price. Every time there is a drop in real estate prices, corrections in prices automatically occur. For example, the sector witnessed several downtrends especially in 2003-2008, however after that prices stabilised, then hiked one more, and after the 2011 revolution the same happened all over again. Hence, I expect another slackening, and the sector after that will grow again.”

Shokry denied an imminent bubble driven by increased demand, since there are about 900,000 married couples annually, and every five years developers provide about 50,000-60,000 units, which obviously does not match the demand.

Commenting on the increase in launch of new cities, he said that Egyptians live on only 7% of Egypt’s land, and that the country’s strategic plan states that by 2050 there should be about 5% more urban area added to resolve the population density on the 7%. This means we need about 400,000 feddans to be urbanised annually.

If the bubble developed in the property and housing sector, there are other sectors which would suffer from a shortage of supply such as administrative, commercial activities, and the healthcare sector, he added.

He also demanded that the government provide increased incentives for developers, denying that developers’ profit margins are not highly driven by the high land prices.

“There is no monopoly in the sector and the only agency who monopolises the lands are the government,” Shokry said.

Meanwhile, Mai Abdel Hamid, chairperson of Mortgage Finance Fund (MFF) said that about 80-85% of demand for social housing and the MFF is working on ensuring that all social housing units are inhabited and not vacant in order to reduce the density on land in the governorates.

Abdel Hamid called on developers to restore the escrow account at banks so that the developer does not act as a bank at the same time.

The government has provided so far EGP 17bn as a mortgage fund to serve 200,000 clients, she also pointed out.

Additionally, she noted that registering real estate units will help in developing the sector and provide the government with an actual and accurate database on vacant and inhabited units.

Mohamed El Barouny, head of Corporate Banking at CIB, said that banks are acting as technical supporters and supervisors for companies and developers and not just providing funds.

El Barouny noted that banks are interested in providing finance for developing infrastructure in projects such as new cities, road networks, and other utilities.

Any bubble which occurs in the sector will not affect banks because the size of mortgage funds is very small and real estate developers’ loans are not risky, he clarified.

He commented, “the increase in instalment periods and the decrease in down-payments indicate that there is an imminent regression in the sector.”

He called on developers analyse supply and demand in addition to developing low-priced units.

However, Ashraf Dowidar, CEO of ARDIC Real Estate Development, said that banks are wary from providing loans with low interest to developers, and therefore developers provide units at high prices.

There is no bubble but it took place in a special segment of real estate projects, Dowidar explained.

Hussein Sabbour, founder and chairperson of Al Ahly for Real Estate Development said, “the government is a dealer in the market and I see that it can’t be a competitor but should be a supervisor. I confirm that a real estate bubble is imminent and God help us.”

The bubble could occur due to the increase of new companies which have entered into the real estate market without having any experience, Sabbour explained.

Upturn to launch service project in Fifth Settlement in Q1 2019