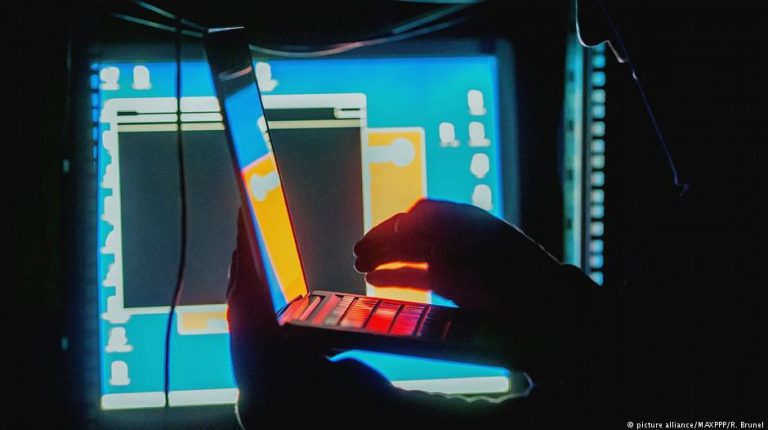 The risk of becoming a cybercrime victim is growing. Command Control, a summit in Munich, is bringing together security experts from around the world to show companies how to better protect themselves.The numbers are alarming. According to a study by the Federal Office for Information Security (BSI), almost 70 percent of all companies and institutions in Germany have been victims of cybercriminals since the beginning of 2016. In just under half of the cases, the attackers were successful and able to gain access to IT systems. Every second a successful attack led to production or operational interruptions.

In addition to costs for the investigation of the incidents and the restoration of IT systems the companies involved also suffer reputational damage. The industry association Bitkom puts the resulting losses for the German economy alone at €55 billion ($64 billion) per year. This number includes losses to counterfeit sales, patent infringement, lost IT and production interruptions.

And the risk is growing, because in almost all industries the degree of digitization is increasing. The more devices that are networked via the internet of things, the more new entry points for hackers, malware and phishing programs.

The biggest source of danger

“The threat is the same for big corporations and mid-sized companies,” says Helko Kögel, director of consulting at Rohde & Schwarz Cybersecurity in Munich. Every internationally-operating company must question its handling of sensitive data in day-to-day business.

“Every workforce works differently, some communicate a lot using social networks like politicians. Others send countless data to the cloud every day, such as machinery and equipment companies that need to connect with suppliers, business partners, and customers,” said Kögel. Cybersecurity must always start with internal employees.

That’s why this year’s congress, titled ‘Command Control’ that runs from September 20-22 in Munich, focuses on individually tailored training and networking opportunities for decision-makers. Katharina Keupp who is responsible for the summit at the Munich Trade Fair says: “Many employees open their doors to attackers from the net if they are not regularly informed about the changing threat scenarios.”

A recent study carried out for the summit revealed that many German managers have major uncertainties. “Often there is a lack of continuous communication on digital security risks,” says Keupp. According to the study, the handling of internal policies is very different. Only half of those responsible reported that bans on the use of apps, social networks and messaging programs in the workplace are consistently enforced. And more than half of the respondents identified their own colleagues as their biggest cyber weakness.

The focus of the summit will be the interactive conference program with more than 75 experts and opinion leaders from business, science and politics. At all events, participants have the opportunity to get involved and ask questions. The speakers include Eugene Kaspersky, CEO of Kaspersky Lab; Angelika Niebler, a member of the European Parliament; Natalia Oropeza, chief cyber security officer at Siemens; and Florian Haacke, chief security officer of Innogy.

Visitors can attend 25 specially designed best-practice workshops for secure digitization. Suppliers will also present their solutions in the associated exhibition. Seminars and trainings for the use of cloud offerings, mobile devices and mail programs are a way to get everyone involved on board.

In addition, Helko Kögel recommends that all companies bring their IT infrastructure up to date with the latest technology and introduce management systems in accordance with recognized safety standards, such as ISO 27001. At the end of the day, according to cybersecurity expert Kögel, “no matter how high the degree of digitization, every single person is needed to protect a company or institution from online attacks.”