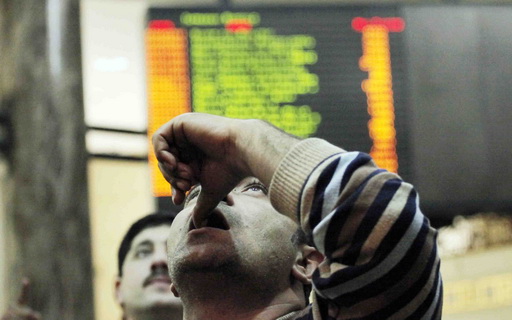 The Egyptian Exchange (EGX) closes in the red on Wednesday, following a sharp drop in Egypt’s main stocks index EGX30, the most since January 2017, by 3.7%, or 555.35 points, to close at 14,098.56 points, leading declines among Middle Eastern markets on Wednesday.

The total market capitalization lost registered at EGP 29.bn, to close at EGP 785.65bn, down from EGP 814.96bn in Tuesday’s session, increasing the market cap losses in a week to around EGP 74bn.

On Sunday it had plunged 3.6% following the detention of former President Hosni Mubarak’s two sons, as well as that of EFG-Hermes’s non-executive vice chairman and Qalaa Holdings’s investor relations head in a case linked to stock market manipulation.

Qalaa Holdings shares plummeted by 8.9% on Wednesday, while investment bank EFG-Hermes closed up at 0.3%.

The EGX losses come amid an emerging markets crises affected by an escalating trade war between the United States and China, as well as interest rate hikes by the Federal Reserve which are attracting funds back to the US.

“Until now our economy is able to deal with the consequences of this negative effect,” Egypt’s Finance Minister Mohamed Moeit said, commenting on the emerging market crisis on Wednesday.

Up till March, the Egyptian gauge has risen 41% since the beginning of 2017 amid bullish sentiment fuelled by the economic reform programme supported by the $12bn International Monetary Fund loan.

No state-owned company to be sold whole: Hesham Tawfik