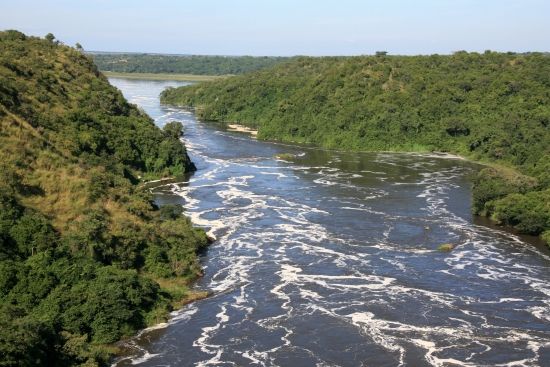 With the growing need for water globally and locally, especially after talking about a potential threat to Egypt’s water security because Ethiopia is starting to fill its new dam, there is a need for other alternatives to the Nile water. The role of groundwater is an important water resource for Egypt.

Reservoir of the River Nile Basin: It is one of the richest reservoirs and the highest in terms of possibilities, which is a renewable reservoir and the quality of its water is good, but recently it is exposed to pollution because of the lack of sewage networks and due to the absence of an environmental system for the disposal of solid waste.

The deep Nubian Sandstone Basin, which covers the Western Desert, the largest underground aquifer in the world, passes through Egypt, Libya, Sudan, and Chad. It represents a large stock that varies in value from one study to another. Some specialised studies have estimated the quantity of water available in Egypt in this basin at about 500bn cubic metres of non-renewable ancient fossil water, which is of high quality and free from pollutants. Other estimates indicate that the size of the stock exceeds this figure but is not available and cannot be used economically.

Limestone Basin: It appears in about 50% of the area of Egypt in the Eastern and Western Desert and the Sinai Peninsula and the water quality is not as good as the Nubian Sandstone Reservoir.

Al-Maghra Basin and Cracked Stone Basin: They are water-poor in quantity and quality, but can be used in some salinity-tolerant crops.

Coastal ponds include the coastline of the Red Sea and the Mediterranean Sea and are mainly fed on rain and some recharge from deep aquifers. These reservoirs are exposed to the phenomenon of seawater intrusion.

Groundwater is the only and fundamental resource in the deserts of Egypt. The amount of groundwater used during the past few years is estimated at 7.2bn cubic metres per year and represents about 11.8% of total water resources. Underground reservoirs in Egypt are depleted and reduced due to excessive illegal drilling in some oases, in addition to the impact of their quality and increase salinity, as well as increasing pollution rates, in addition to seawater intrusion, which affect the quality of groundwater in the groundwater in the North Delta.

In order to ensure sustainability, consideration should be given to underground reservoirs and work on technical and economic studies to determine the economic lifting of water from the appropriate depths. It also takes into consideration the integration of groundwater utilisation plans with other land resources such as mining, tourism, etc. This is necessary to develop a water policy for the safe exploitation of aquifers technically and economically. And technical attention should be paid to rationalising the use of groundwater in a manner that is completely different from that of the delta and the old lands.  The underground reservoir can be controlled to prevent waste and reduce the pollution impact by monitoring. This requires monitoring networks at various local and regional levels. Intensive observation networks should cover areas that are sensitive to pollution, such as industrial areas and agricultural areas that use agricultural, industrial and human wastewater for irrigation purposes. This also urges the need to complete the network of sewage projects and the establishment of solid waste disposal systems of all kinds. All the above, while not neglecting the role of awareness.