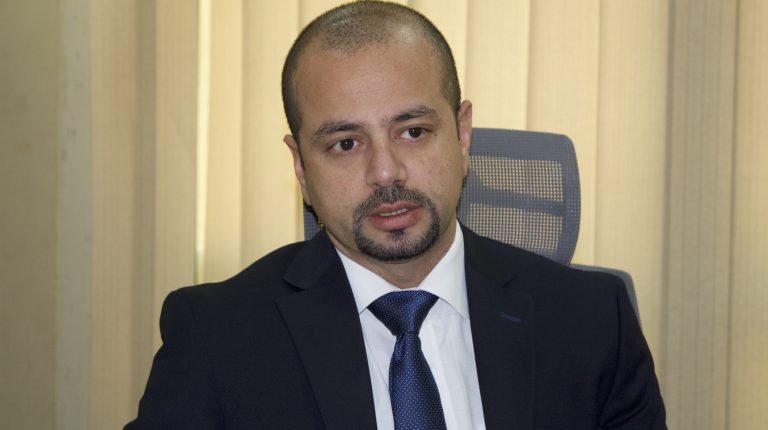 At the press conference held by the company today, Shaera said that the company’s business is currently on 10 msqm, including 3.1 msqm in the Sixth of October City, 55,000 sqm in Bosla SMEs complex, 1.4 msqm in Sadat City, 300,000 sqm in Beni Suef, in addition to 5.5 msqm in Ain Sokhna, which was agreed upon during the Youth Conference in Kafr El-Sheikh at the end of 2017.

He pointed out that the Suez Canal Economic Zone (SCZone) approved the company’s project last week.

A month ago, the company announced the receipt of about 1 msqm of land in SCZone.

Shaera noted that the average investment that the company will develop amounts to 2.5 msqm worth EGP 1bn. He also said the company is about to hand over 28 units in Bosla SMEs complex in the Sixth of October City, as of October next year.

Former Minister of Industry and Trade Tarek Kabil placed the foundation stone for the project in Polaris Parks in the Sixth of October City, which includes 56 units on 55,000 sqm, to be used for industrial, commercial, and storage purposes, with each unit measuring between 500 – 700 sqm.

Of chronological significance, Shaera referred back to the time when the company put forward 200,000 sqm of land in Polaris International Zone at an average price of EGP 2,500 in 2007. The company signed the first industrial development contract with the Industrial Development Authority. The company received 2 msqm in the Sixth of October City. In 2009, the company signed the second contract with IDA on an area of 1.1 msqm, which increased the company’s area in the Sixth of October City to 3.1 msqm. Shaera said that the company is working with the largest companies and factories in the market, with a diversified portfolio of companies, including Procter & Gamble, Henkel, and Al-Mansour Automotive Egypt.