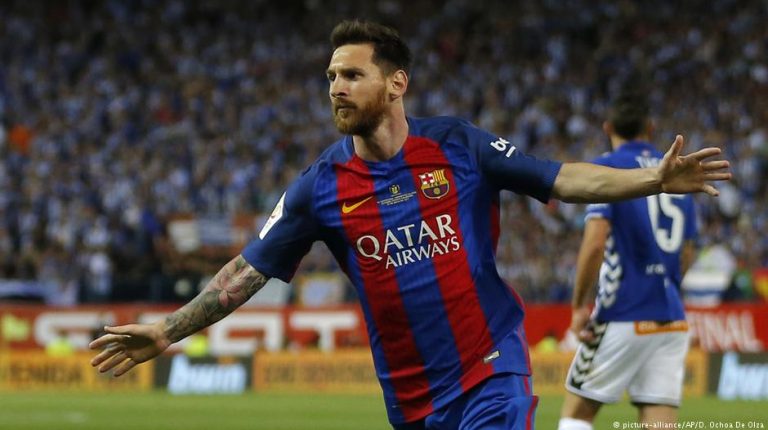 Barcelona’s Lionel Messi began his 2018/2019 UEFA Champions League (UCL) with scoring a hat-trick on Tuesday that contributed to the Spanish side’s 4-0 victory over PSV Eindhoven.

After this game, the Argentinian star achieved record-breaking eighth UCL hat-trick. It was also the 48th hat-trick in his career with the Catalan team and Argentina.

Doing the business on Tuesday, Messi moved ahead his traditional Portuguese rival Cristiano Ronaldo, who has seven UCL hat-tricks so far. Messi became the most player to score past Dutch clubs in European competitions, with nine goals. He also reached his 63rd goal in UCL group stage, surpassing Ronaldo with three goals.

Ironically, it was Messi’s 103rd UCL goal, while the PSV managed to score 102 goals in the prestigious competition.

Messi became the first player in Barcelona to score in 14 consecutive seasons, behind former Real Madrid’s striker Raul Gonzalez and former Manchester United’s midfielder Ryan Giggs. PSV are the 30th team Messi has scored against in the Champions League, while he also managed to find the net past an incredible 179 goalkeepers.

How Germany’s players rated against Peru

Can we consume less without wrecking the economy?