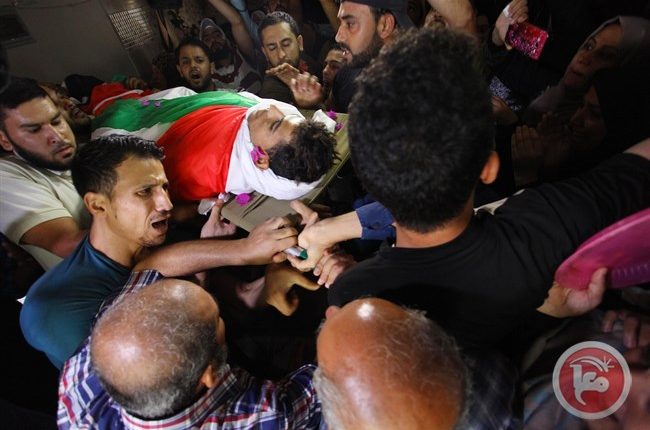 A young Palestinian was killed and 312 others were injured by Israeli live ammunition against the Great March of Return protests on Friday, the Palestinian Health Ministry said.

Meanwhile, the Israeli army carried out a number of airstrikes in the northern Gaza. A statement claimed that “over 10,000 rioters have gathered at a number of points along the fence in the Gaza Strip” and “hurled explosives and grenades and burning tires and throwing stones at IDF troops and the border fence.”

During the past few days, the Great March of Return demonstrations resumed at the Gaza borders and seven Palestinians were killed by Israeli ammunition.

Since the end of March, more than 127 Palestinians were killed and more than 4,000 injured including children and women in latest mass demonstrations in Gaza.

Protesters are demanding to lift the 10-year Israeli blockade on Gaza, returning to their original homelands, and protesting the relocation of the US embassy from Tel Aviv to Jerusalem, the holy city they consider the capital of their future independent state.