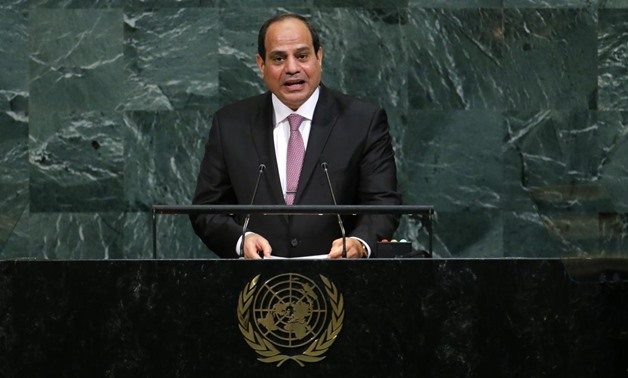 Local and global ongoing affairs were topics of interests for Egypt’s op-eds writers in Sunday’s newspapers.

State-owned daily Akhbar Al-Youm focused on President Abdel Fattah Al-Sisi’s participation in the 73rd session of the UN General Assembly taking place this week in New York City, and Egypt’s leading role in the upcoming period, where it should preside over the African Union.

The newspaper’s Elham Aboul Fatah, accompanying the Egyptian delegation, said she felt optimistic about Egypt’s position as a leader in the African continent and Arab region, expecting the Palestinian issue to be on top of Arab affairs Al-Sisi will address, in addition to Syria, Yemen, Libya, and the condemnation of Qatari support of terrorism. Al-Sisi will continue to call on respecting international laws, and also discuss illegal migration, she wrote.

In the same newspaper, Iman Anwar focused on Al-Sisi’s expected meeting with US President Donald Trump, expressing hopes of boosting economic cooperation between the two after Egypt implemented its tough economic reform programme, as it is now time for FDIs, according to Anwar.

Back to the illegal migration file, Emad Hussein, editor-in-chief of the private Al-Shorouk newspaper, seemed to have concerns over the role expected to be played by Egypt, especially from the Europeans. Hussein wrote that there seems to be a deal in progress between Egypt and Europe, with an approach similar to the one previously held with Turkey, stating that although no clear details have yet emerged on what the plan might look like, he is concerned that Egypt has not only to play a role beyond its border to stop migrants from accessing Europe, but also become itself a hub for refugees.

Concerning regional affairs, Ayman Al-Sayyad in Al-Shorouk tackled the Palestinian issue, particularly revisiting the history of peace negotiations with the Israelis, and highlighting that they were built on an unjust system, and that only the colonial state was enforced in the subsequent years.

“After 25 years on from [the] Oslo [Accords], which promised a two-state solution, the Israelis are legalising a racist system for a one-state solution, and Trump is recognising Jerusalem as the sole and eternal capital of the Jewish Israeli state,” he wrote.

On Idlib, Amr Al-Shobaky in the private Al-Masry Al-Youm, argued that the battle will come sooner or later, and its nature and limits will depend on how successful the eradication of terrorist groups is, so that civil warfare is prevented.