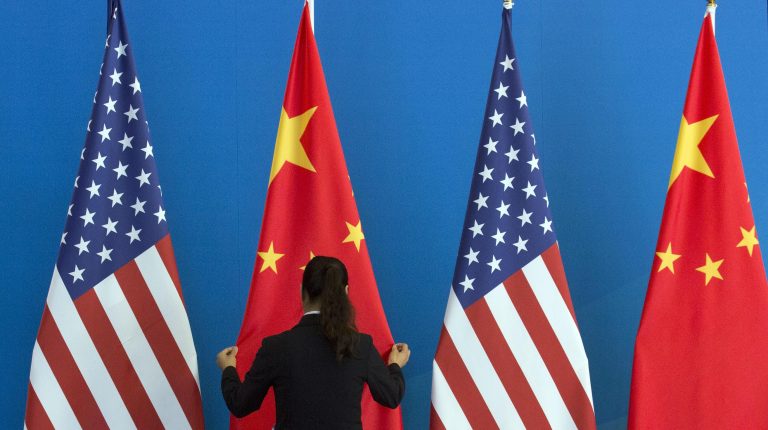 The tensions between the United States (US) and China has intensified over the last days, leading to that they are hours away from a new round of tariffs on each other’s goods.

In which, $200bn of Chinese products will be subject to tariffs from 12:00 am by Washington time on Monday, on addition to the $50bn in goods already slapped with tariffs actions in the year.

According to Bloomberg, the combined $250bn in products facing levies is almost half the value of US imports from China last year.

Meanwhile, $110bn of goods imported from the US, representing about 70% of the value of goods that china bought from America in 2017, will become subject to Chinese tariffs around the same time.

Trump slapped tariffs on $200bn worth of imports from China and threatened more if Beijing retaliated.

Meanwhile, on Tuesday, China said it would impose levies on $60bn worth of US goods effective on 24 September.

For its part, the Customs Tariff Commission of the State Council of China said in a statement on Friday evening that the additional tariffs on US imports come in response to the recent tariffs announced by the United States of America on Chinese goods worth $200bn.

Moreover, China to impose levies on a total of 5,207 US products, ranging from liquefied natural gas to certain types of aircraft, as well as cocoa powder and frozen vegetables, at 5 and 10%, instead of previously proposed rates of 5, 10, 20 and 25% , Reuters quoted the China’s Ministry of Finance on Tuesday.

Reflecting the deterioration in US-China relations, trade talks have also broken down, which threatens to engulf the entirety of two-way trade as Trump has threatened to hit every Chinese import with punitive import duties if Beijing continues to respond with countervailing measures.

Hence, China cancelled trade talks with the US and will no longer send Vice-Premier Liu He to Washington next week, the Wall Street Journal reported, without saying where it got the information.

Notably, a mid-level delegation from China had been due to travel to the US capital to pave the way for Liu’s trip, and that visit has now been cancelled as well, the report said.

According to the US government data, the value of bilateral trade estimated at $505bn last year, making it the world’s largest trade relationship.

On the other hand, on Saturday, China summoned the US ambassador in Beijing and postponed joint military talks in protest against a US decision to sanction a Chinese military agency and its director for buying Russian fighter jets and a surface-to-air missile system.

China’s Defence Ministry said in a statement it would recall navy chief Shen Jinlong from a visit to the US and postpone planned talks in Beijing between Chinese and US military officials that had been set for next week.

Meanwhile, China’s government called on the US to “immediately correct its mistake, revoke the sanctions, and the Chinese military reserves the right to take further countermeasures,” according to the CCTV report.

China’s response to the sanctions is the latest escalation in tensions between the two countries, and negotiation break-downs, playing out on multiple fronts.