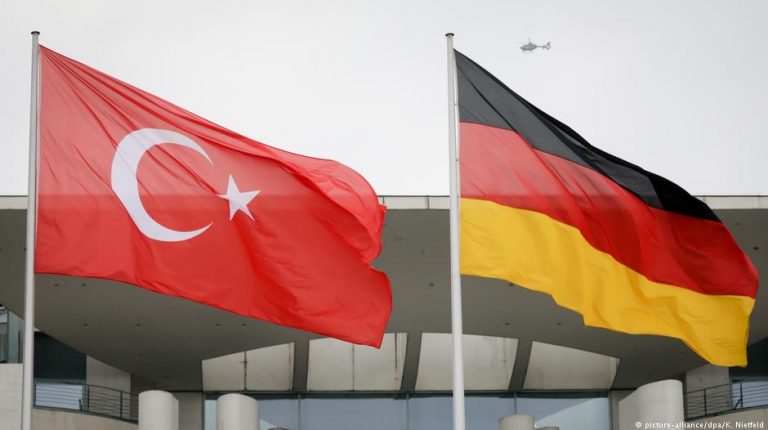 This Thursday, UEFA is to decide who’ll host the 2024 European Championships. Germany and Turkey are the two contenders. DW takes a look at the main points of discussion and assesses which country has the better case.Organization

Germany has far more experience when it comes to hosting major tournaments. Regardless of whether it was the 1974 or the 2006 World Cup, the 1988 European Championship or the 2011 Women’s World Cup, organization has never been a problem. Perhaps that’s why so many describe Germany as the “world champion of organizing.” Turkey has far less experience as a host of major football tournaments. The under-20 World Cup is the only real feather in their cap, but with attendances disappointingly low that tournament doesn’t carry a huge amount of weight.

The German Football Association (DFB) has named 10 possible stadiums: Berlin, Leipzig, Hamburg, Dortmund, Gelsenkirchen, Cologne, Stuttgart, Frankfurt, Munich and Düsseldorf. UEFA described the arenas as being of a “good standard”. All are fully functional and are regularly used for football games. Turkey has also submitted its 10 stadiums; Two in Istanbul, one in Ankara and Antalya, Bursa, Eskisehir, Gaziantep, Izmit, Konya and Trabzon. Only seven have been UEFA certified and are ready for use. The Atatürk Olympic stadium in Istanbul, which is meant to be rebuilt into a pure football stadium for the tournament, is a particular problem for UEFA. The amount of work in light of the timeframe is a “risk,” according to the report, and not just for Euro 2024 but also for the 2020 Champions League Final that is due to be held there.

Another disadvantage for the Turkish stadiums is that the Germany equivalents have bigger capacities and therefore have the potential to generate more income. Seven of the stadiums in Turkey have fewer seats than the smallest stadium in Germany’s bid; Düsseldorf with 46,264.

In both countries football is the No. 1 sport. Turkey is famous for its passionate fans, with even UEFA describing the country as a “passionate football country,” one in which the president is in complete support of the Euro 2024 bid.

However, just as it did in 2006, a European Championship in Germany could spark a sense of football euphoria around the country. According to a FORSA study published by the DFB, 74 percent of Germans aged over 16 were keen on Germany hosting Euro 2024. Among those interested in football, 89 percent were in favor.

Germany lead the way here. The country located in the heart of Europe is, for most fans in that continent, cheaper to get to than Turkey. The journeys between the host cities are short in Germany compared with Turkey – the stadiums are easily accessible by car or train. Trabzon, far in the north east of Turkey on the Black Sea, isn’t linked to that country’s train line, and Antalya is equally tricky to get to. In its bid, Turkey states that by, 2024, €17 billion ($20 billion) will have been invested in the development of road and rail.

Due to the current currency crisis of the Turkish lira, UEFA is skeptical. “The latest development in the country could put pressure on public investment,” its evaluation report states.

Naturally, it’ll also be about how much of a profit UEFA can make from the tournament. And so it’s a bit of a thorn in the side for UEFA that “the German authorities have cancelled tax exemption,” for the tournament meaning that any “possible profits” would be taxable. Unlike under Turkey’s bid, UEFA would also have to pay rent for the use of the stadiums in Germany. Nevertheless, UEFA doesn’t appear to be completely confident about Turkey’s finances. President Recep Tayyip Erdogan’s government has made promises about tax exemptions, but these “don’t fully” conform with “the current law and commitment according to international law,” so it reads in the report.

Despite the discourse in Germany about accusations of racism made by former national team midfielder Mesut Özil, the accusations against Turkey are much more serious. The current state of human rights under President Erdogan is, problematic to say the least. Freedom of the press and speech are restricted and thousands of his opponents are behind bars without trial. UEFA, normally rather reserved when it comes to issuing political statements, said the following in its report: “The lack of a plan of action in regards to human rights is cause for concern.” The DFB was, on the other hand, certified as doing all it could to avoid possible human rights violations during the tournament.