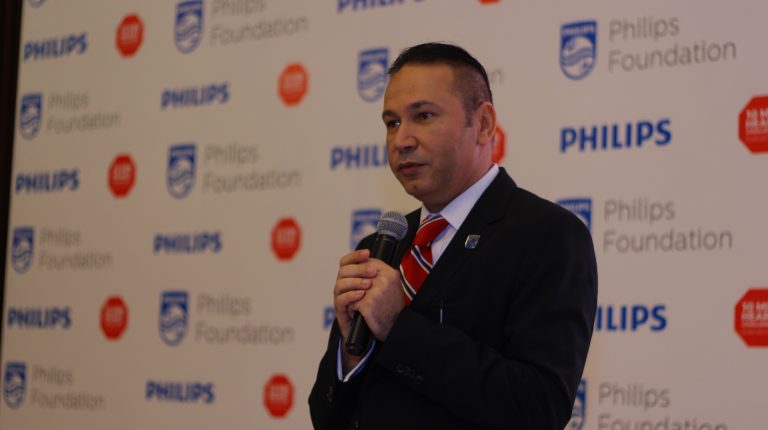 The Phillips Foundation branched into two companies since 2015. Philips has dedicated itself to the healthcare business, while the other branch, Philips Lighting, has renamed itself as ‘Signify’ and it is no longer called Philips, since now it is another company, according to Philips Chief Executive Officer (CEO) of North East Africa Iyad Al-Taiyeb. “Lighting is no longer our business,” the CEO said.

Al-Taiyeb told Daily News Egypt that the way that Philips is implementing its strategy today is around what they call the health continuum, which is not looking after diagnosing patients or treating patients, but looking after a continuum of healthcare, starting from healthier living, to prevention of diseases.

“And if diseases happened, how can I diagnose them using my equipment. How can I help the doctors to take the decision to treat the patient, the right treatment protocol, and once the patients are done with the treatment, how can I take care of them when they are back home,” he explained while explaining.

The most expensive investment today is when the patient is in hospital, hence what Philips is trying to do is to keep the patient in the hospital for the shortest duration possible, and send them home as soon as possible, to continue their treatment at home, Al-Taiyeb further added.

“What we are investing in is shortening the cycle of patients being in the hospital, because this will offload a lot in the economy, Ministry of Health, and the care providers, as the more patients they put through the system, the faster and the more efficient they are, and the less investment they need to make,” he said, illustrating that “the other measure if we are not efficient is to add more hospitals and more beds. We are helping the whole health sector globally by being more efficient.”

The Philips regional CEO revealed that the devaluation [of the Egyptian Pound] was a very hard time and has passed, saying that he believes that the Egyptian market is recovering in a very healthy manner, and the potential of the Egyptian market is substantial, adding, “we are transforming our presence in Egypt in readiness for this future market potential. We are very optimistic about the market moving forward. We are investing in the country and putting the infrastructure to better serve the country.”

About the challenges that his company faces, Al-Taiyeb said that, “most of the challenges we are seeing today are basically related to the regulations that are in place for better control on imports. What we used to do when importing, for example, spare parts was taking seven days, but currently it takes about two to three weeks, whereby this affects our supply chain particularly spare parts. We are trying to get through this by basically investing in having spare parts stocks in the country.”

He added that the flotation has affected them, as they are an international company, and most of their business is conducted either in Euros or US dollars, therefore the flotation period affected Philips’ current deals at the time, but the future deals seem to be on the right track.