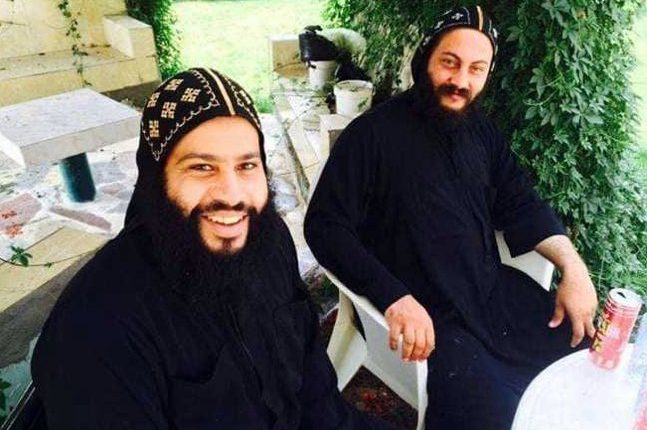 Father Philotheos of St Macarius Monastery, who is currently standing trial in front of the Damanhour Criminal Court, charged with the murder of Bishop Epiphanius, has pleaded ‘not guilty’ on Sunday.

Philotheos and another Monk Isaiah, are accused of killing Bishop Epiphanius.

According to local newspapers, Philotheos told the judge that he confessed that he killed Epiphanius during the prosecution’s investigation “as he was under mental pressure.” The court will continue the trial on Thursday.

Philotheos and another Monk Isaiah, are accused of killing bishop Epiphanius Father Philotheos reportedly attempted to commit suicide days after the incident took place, while Epiphanius was found Sunday 29 July, with signs of injuries to the head.

Epiphanius who was found Sunday July 29, with signs of beatings to the head. Early in September, the Coptic Orthodox Church defrocked a monk named Yacoub Al-Makary from the St Macarius Monastery.

The Church published in its magazine Al-Kiraza the Monastic committee’s decisions, which accused Yacoub of establishing an independent monastery and receiving money from applicants who aspired to become monks. However, it is unclear to date if Al-Makary is involved in the latest controversy.

Monk reportedly attempts to commit suicide, another gets defrocked