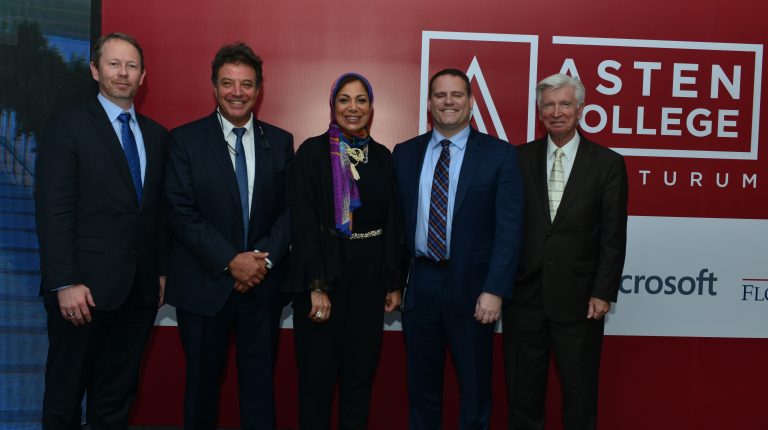 Palm Hills Developments in collaboration with Asten College and BalancED aims to develop an international school with investments of EGP 300m and EGP 135m in land.

During press conference held Sunday, Palm Hills said that the school is built on 60,000 sqm in The Crown compound in Sheikh Zayed City. The school is set to be launched by 2020 and accommodating approximately 2,800 students.

Salma El Bakry, managing director of Asten College said that the partnership with Palm Hills is a result of the agreement made by both parties that investing in education is the most important investment and that Asten College will serve as an ideal model for international schools maintaining international standards in Egypt.

El Bakry added that Asten College’s strategy is to develop the skills that match the pace of the rapidly evolving academic and technological advancements of the world, in order to pave the way for respectable calibres that have the necessary skills for their flourishing careers.

For his part, Mohamed Sultan, CEO of Palm Hills Developments said that the company intends to develop new four schools in its projects in New Cairo, Sixth of October and Alexandria.

In this regard, Sultan noted that Palm Hills allocates 8-12% of its projects’ spaces for service activities.

Asten College will also be the first school in collaboration with Microsoft in the Middle East among 17 selected schools worldwide. Additionally, Asten College is designed by Gensler Architecture, and one of the major colleges of education in The United States, Florida Atlantic University, is an affiliate of Asten College.