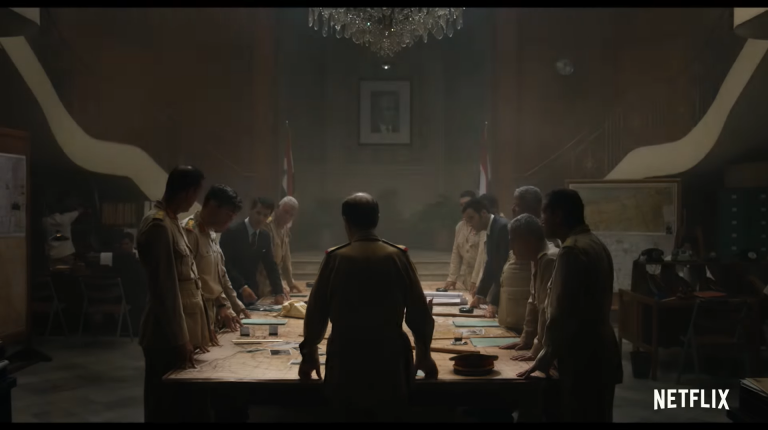 Vromen’s Netflix original goes on to cinematically depict the story one of the Middle East’s most famous, yet mysterious, spy, who was closely related to the family of former President Gamal Abdel Nasser, as a son-in-law, and who was an even closer aide to former President Anwar Al-Sadat. The film is based on Uri Bar-Joseph’s novel The Angel: The Egyptian Spy Who Saved Israel. 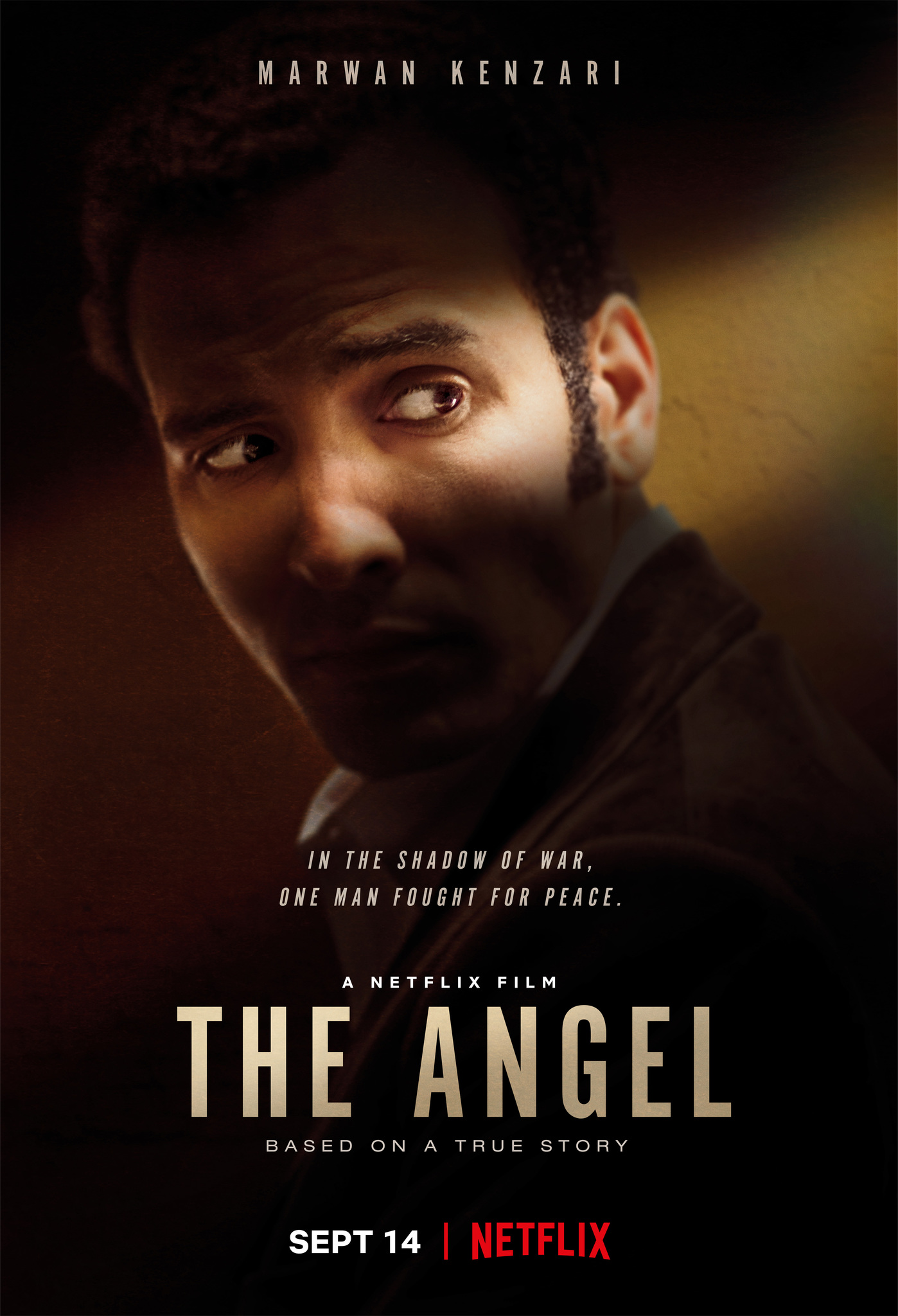 The script is a brilliant translation of a semi-academic book, which is supported by official documents and archival material, as well as open accounts of former Mossad agents and officials. The controversy around Marwan’s alleged role in the Arab-Israeli conflict is due to him being the son-in-law of former Egyptian President Gamal Abdel Nasser. The movie is produced by Israel’s TTV production company, in addition to French company ADAMA.

On 27 June 2007, Marwan allegedly fell to his death from the balcony of his apartment in London, raising questions and speculations of a possible homicide. He died at the age of 62.

It was very predictable that Netflix would buy and support this film, a very interesting espionage thriller about in one of the most conflict driven parts of the world. Such a trend is noticeable in films (feature and narrative) that Netflix produces and offers to the public, pornography workers in Los Angeles, DEA agents in Mexico, and a youth road trip in a jungle film genres. Throughout the last years, Netflix has proven to be a hunter of good stories, which can be produced, packaged, and screened to an international audience, and The Angel script and story line does very well to impress in that sense.

In the film, Marwan Kenzari plays Marwan, a husband to the daughter Mona (played by Maisa Abd Elhadi who starred in The Letters on Sarah and Saleem) of Gamal Abdel Nasser who was played by Waleed Zuaiter (who played a counterterrorism officer in the Palestinian Drama Omar). Kenzari plays a convincing role, according to the script, of a lost and overwhelmed relative of a powerful president [Abdel Nasser] in the years following the 1967 defeat, who ends up calling the Israeli embassy in London, in order to inform them with critical information about Egypt.

Following Nasser’s death, Marwan is faced by a new order, where Sadat plans to rule out all of Nasser’s legacy and supporters. In terms of acting, that is when the travesty in the film begins. While keeping in mind that none of the actors are Egyptian, hence none of them have a clear Arabic Egyptian accent, Netflix and Ariel Vromen have indeed taken for granted their audience. Sasson Gabai (who acted in House of Saddam) in the role of Anwar Al-Sadat, Slimane Dazi (who acted in Chouf and The Nile Hilton Incident) and in the role of Nasser’s confidant, Sami Sharaf, spoke with a horrible Arabic Egyptian accent.

There is a lot of similarity between The Angel and House of Saddam, a 2008 co-production between the BBC and HBO, a drama which charted the rise and fall of Saddam Hussein.

While the dialogue in House of Saddam was all in English, based on a script by Stephen Butchard and Alex Holmes, the Angel has English, Arabic, and Hebrew. Nevertheless, both works are targeting a western audience.

Both works attempted to capture the inner life of politics and decision-making in the Arab world depicting a dog-eat-dog world full of plots, espionage, betrayal, personal interest, and vengeance.

The Angel, or rather Uri Bar-Joseph’s novel, argues that Marwan’s first initiative was due to his frustration with Gamal Abdel Nasser’s stubborn attitude towards entering into peace negotiations with the Americans, and the late president’s alleged full confidence in the Russians. The film argues that Marwan has sold out several Palestinian militants to the Israelis, and has informed Israel of every time Sadat intended to attack Israel, even in the 1973 War. The double agent angle comes when the film reaches the climax, and viewers find that Marwan has been advising Sadat to stage fake readiness of launching a war, time after time, till the Israelis are no longer moved by any threats, citing Aesopica’s story The Boy Who Cried Wolf.

The film brought back to life an everlasting controversy among Egyptian nationalist historians and officials who are all in dispute and challenge Israel’s narrative that Marwan was a double agent working for both Israel and Egypt.

Nonetheless, we can and we should critique The Angel for its artistic and technical approach, and it should be criticised for its dull visual interpretation of Egypt. In several scenes, the film shows streets that it claims were in Egypt, and personnel that it argues to be policemen and army members in Egypt. Such a depiction shows again that the producers and the director have taken the audience for granted. A Middle East studies’ freshman in any university could have advised the producers on what the Egyptian palatalization sounds like, or what an Egyptian prisons look like, or how the Egyptian police dress.

Having said that, Arab nationalists who dispute the Israeli narratives that Marwan was a double agent should not blame Uri Bar-Joseph, Vromen, or even Netflix, but should blame Arab states for lack of transparency and clarity when it comes to releasing documents, giving archival access to historians, announcing an official narrative that is not repeated and copy-pasted by pro-state ‘experts’, and autobiographies, but rather by official documents. To argue that Marwan was not a double agent and was a hero that served the Egyptian cause in the 1973 War, without presenting any evidence or documents, can be debated to also be taking the Arab audience for granted.

In 1978, the founder of what is now known postcolonial studies Edward Said, published his most famous and prominent book Orientalism, arguing that the same depictions that scholars, painters, and writers had about the Middle East the so-called Orient in the 1700s and the 1800s has not changed, or developed little in the 1960s, and the 1970s.

He wrote that “Orientalism can be discussed and analysed as the corporate institution for dealing with the Orient—dealing with it by making statements about it, authorising views of it, describing it, by teaching it, settling it, ruling over it; in short, Orientalism as a Western style for dominating, restructuring, and having authority over the Orient.”

Netflix and the film, can be interpreted according to Said’s analysis to be “the corporate institution,” and to have “made statements….and dominated the restructuring” of one of Egypt’s most important and critical chapters in history, and in the words of Said, has proven to have “authority over the Orient.”

In this sense, the very act of Orientalism is done not only due the actions of the ‘Orientalist’ who frames the Middle East into ready-to-be-consumed narratives, but also due to the lack of initiative by the ‘Orient’ to credibly challenge the narrative.

For states and officials concerned with the film, to counter the narrative of Uri Bar-Joseph with a film, a media campaign in all newspaper and media outlets, or a book, would be a weakest response, but instead states should disclose files, documents, and archival content, and make them available to the world.