In Focus The Angel should be dealt with in a serious way, we should understand what message Israel tries to send: Tarek Fahmy
Pin +1 WhatsApp Tweet Share Share Jobzella Email 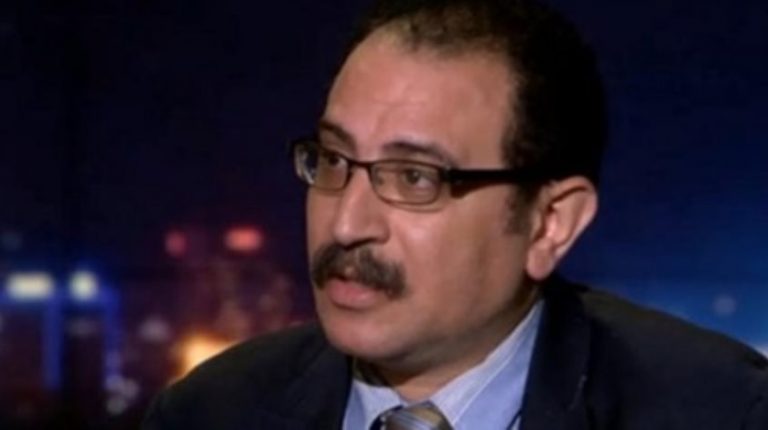 Even before the release of the American thriller depicting a narrative of an Egyptian spy, The Angel, was released 14 September on Netflix, there have been several controversies on tackling the case of Ashraf Marwan.

The controversy around Ashraf Marwan’s alleged role in the Arab-Israeli conflict is due to him being the son-in-law of the former Egyptian President Gamal Abdel Nasser.

Netflix secured the $12m spy thriller movie, which is based on Uri Bar-Joseph’s bestselling novel The Angel: The Egyptian Spy Who Saved Israel, which tells the story of the high-ranking Egyptian official Marwan, who allegedly became a spy for Israel in the 1960s and 1970s.

Daily News Egypt sat down for an interview with the political science professor at Cairo University Tarek Fahmy, who is an expert on Israeli affairs, to talk about how Marwan is seen in the Israeli community, and how the Egyptian state should deal with the film. In addition to that Fahmy evaluates the previous measures the Egyptian state used to deal with the case of Marwan. The transcript for which is below, lightly edited for clarity:

How do you view the Israeli narrative regarding their espionage claims in the wake of the newly released film The Angel?

I have said before that there a lot of facts that should be explained before tackling why Israel has opened the case of Marwan again. I expect that Israel will open several files that are similar to that case, in order to undermine all the heroic stories and narratives that we have seen and heard about in the last years. Since 1948 till 2018, Israel has not admitted that a single spy that worked for it, has been caught with the exception of the Azzam Azzam case who was an Israeli Druze, who was convicted in Egypt of spying for Israel and jailed for eight years. All of Israel unified to free him, and he was freed after the Egyptian state exchanged him for a number of Egyptians who were jailed in Israel. Egypt was the winner in this exchange.

As for the famous Refaat Al-Gammal’s case, Israel has remained quiet and said that Egypt was just glorifying itself, which reflects the philosophy of the Mossad, which is to ignore news that it arrests spies working for Egypt and Hezbollah for example.

For many years, Israel has ignored the stories that glorified Egypt. A dispute between two Israeli apparatuses made them break their silence and talk about the case of Marwan. Apparently, there is a dispute among Israeli intelligence apparatuses, between the Directorate of Military Intelligence often abbreviated to Aman and the national intelligence agency of Israel known as the Mossad.

The dispute is still ongoing and is discussing why Israel does not announce its espionage victories like how the Arabs do. In this year, a former Israeli minister was accused of spying for Iran and got arrested, yet is not on trial. Subsequently, a debate has been going on in Israel about the importance of telling the stories of the important spies who work in Israel. 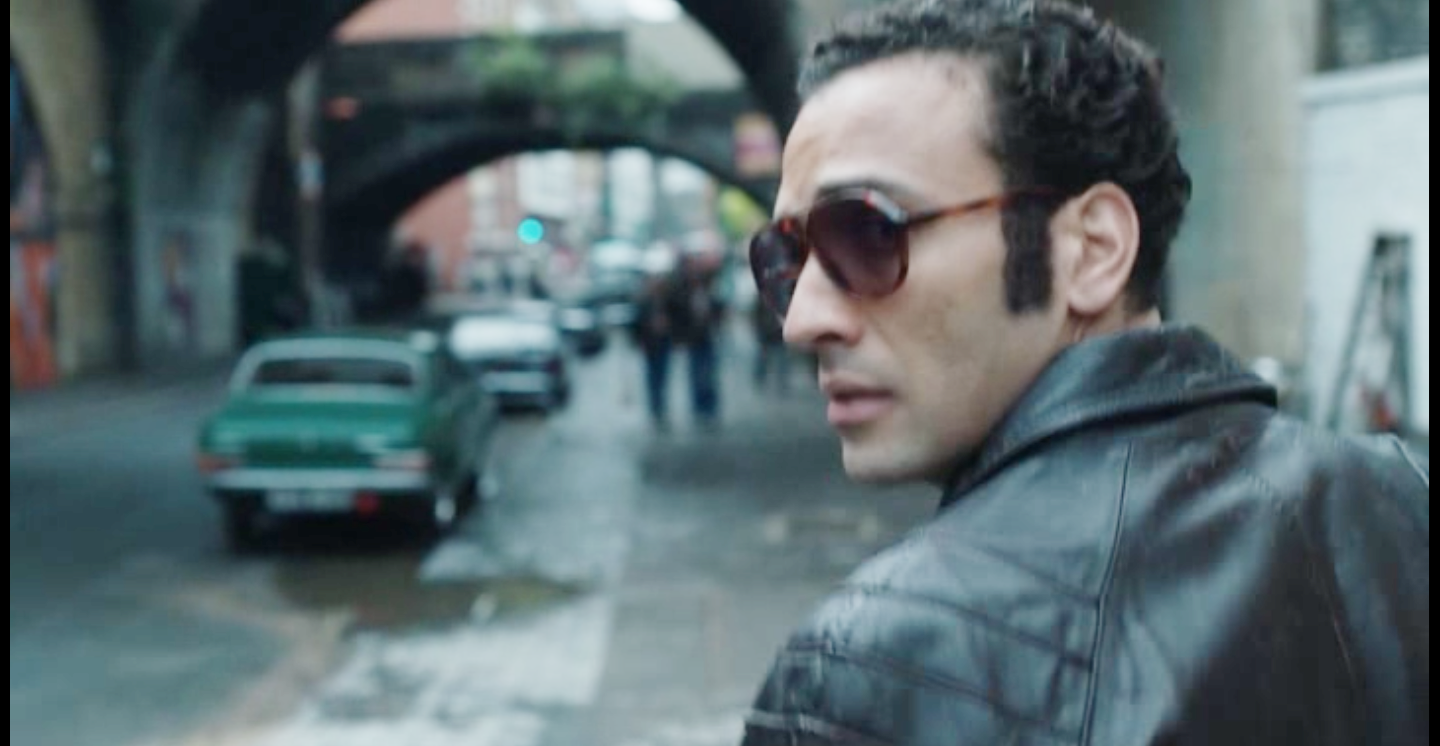 What questions, do you think, the film will raise?

As for Marwan, it is not the issue of whether he was a patriot or not. In modern terms, there is nothing called a double agent who works for the intelligence apparatus of two countries. But there should be an assertion that Marwan did play a role. I want to state some facts that may be absent from our analysis. Israel was the one that acknowledged Marwan’s role in the war, and said he did great things for the country, but it did not honour him in a public way or among the intelligence community. Egypt, on the other hand, has honoured him and decorated him with the highest recognition the state has to offer. Third, and most important, some Egyptian writers accused Marwan of working for Israel. The last part was in the dispute between the Nasserists and Sadatists. Several writers like Ali Amin for example dedicated furious campaigns against Marwan only to attack Gamal Abdel Nasser’s legacy. However, Marwan has a patriotic history, as far as Egypt is concerned.

Do you think that there will be other cases similar to Marwan’s?

We should expect that in the upcoming period there will be other projects about other spies. Here comes the danger, and it is no longer a question of who is a patriot and who is not. Israel will open these files and hence will turn the table on its adversaries.

There are some writings in Israel that talk about how patriotic Marwan was. These books were censored by the Israeli authorities. These Israeli authority operatives were the ones who worked on the Ashraf Marwan file. Some writers dedicated books to him.

I think history was unfair to him when it accused him of informing Israel of the date of the 1973 War and when the Egyptian Army was going to attack, and this indeed happened. However, he told them that the Egyptian army was going to attack at 12:00 am, and Egypt started the war at 2:00 pm. When we come to write the history of this period [1973 War] we have to keep an eye on the testimonies and autobiographies of leaders of intelligence apparatuses.

How can Egypt counter or deal with such efforts? And what about previous reactions to the case?

The Mossad is expected to reveal the black box, and in return, we should have a vision. We have dealt with the release of the film with an amount of naivety. For example, there is news that an Egyptian film has been recently approved by the censors, which is called The Agent. This is not an official work. It is by an artist who presented his film to the censors once and twice and finally was accepted.

There should be a response because Marwan’s reputation was distorted, such as the alleged portrayal of him as a ladies’ man and a gambler. This was not true. Even when he got into business inside and outside of Egypt none of these deals affected his reputation. The film was written by a number of the Mossad agents and writers, and not just one writer. The novel itself is naive, and it showed that the Mossad is glorious and great, that the Egyptian army failed to keep up with.

Two incidents should be mentioned about Egypt’s official response. The first was when Mubarak was asked about Marwan, and he replied that he was a “patriotic man” and ordered a funeral for the man. But Mubarak’s former Spy Chief and Vice-President Omar Soliman ordered the formation of a fact-finding committee after Marwan’s death, but it seems Mubarak thought the funeral was enough. 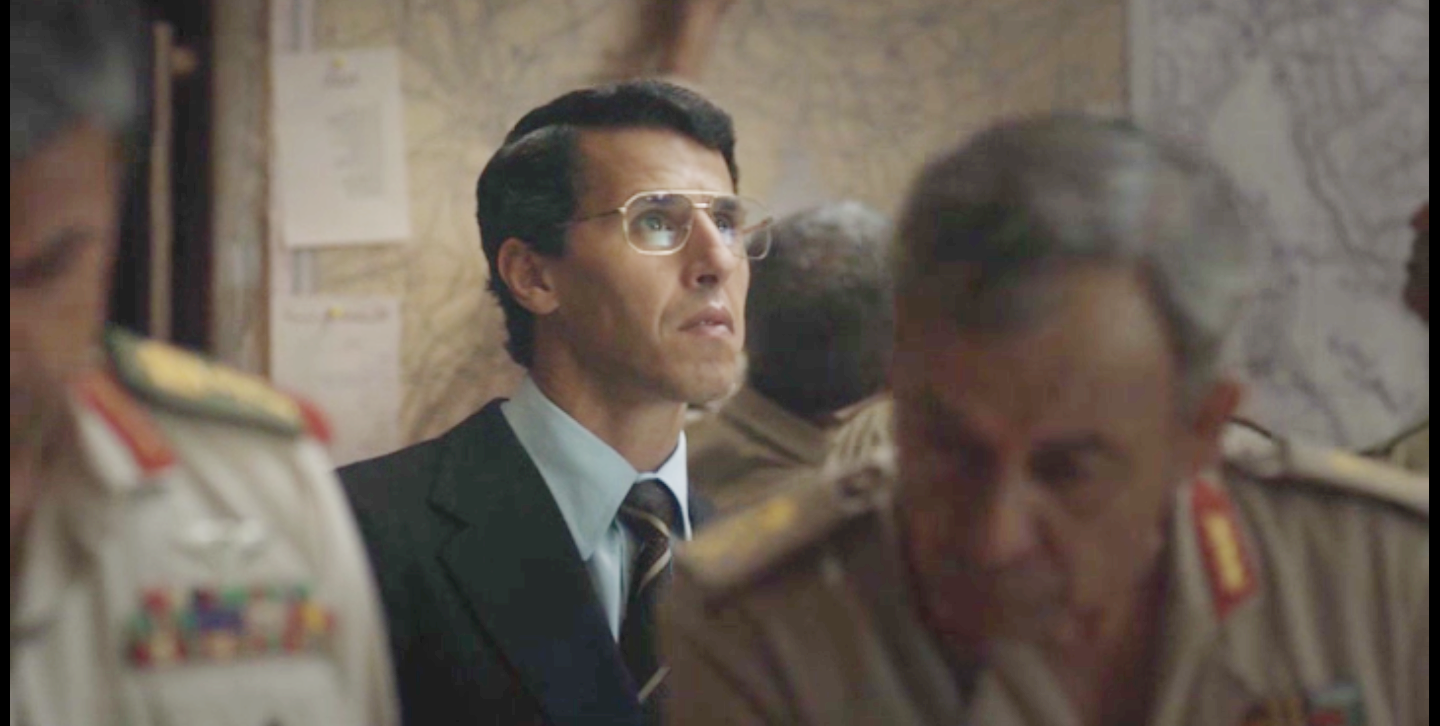 What do you think the reaction to the film will be?

The film will be introduced to test the reaction of the audience and should be understood as a film that is based on a novel. The danger here is when you are a recipient. You must have a vision and a point of view. The new generations are growing up and have no idea about Marwan. And the part that a few people do not know is that some people who helped Marwan in his work are still alive in Egypt and they should go public and speak. This means that in the next period there will be a vicious information war, and there is a chance that all the espionage films or TV series that we grew up watching will have their narratives attacked. Israel is now doing what Egypt has done in the 1980s concerning helping the production of films and series that glorifies its espionage operations.

Now everyone keeps talking and talking without any evidence. This period should be academically historicised. I believe the film should be dealt with in a serious way, and we should understand what the message Israel is trying to send. We should not depend on the fact that we are in a peace with Israel, whereby we should ignore this issue. When the General Intelligence Service helped in the making of the Rafaat Al-Hagan series in the 1980s, there was a wave of disappointment in the Egyptian society, yet this series indeed lifted the morale of the country, and people would gather in cafes and around their families to watch the series. Creating history has rules. For us now to create a spy thriller in the same way as we did in the 1980s, will not be digested by people easily.