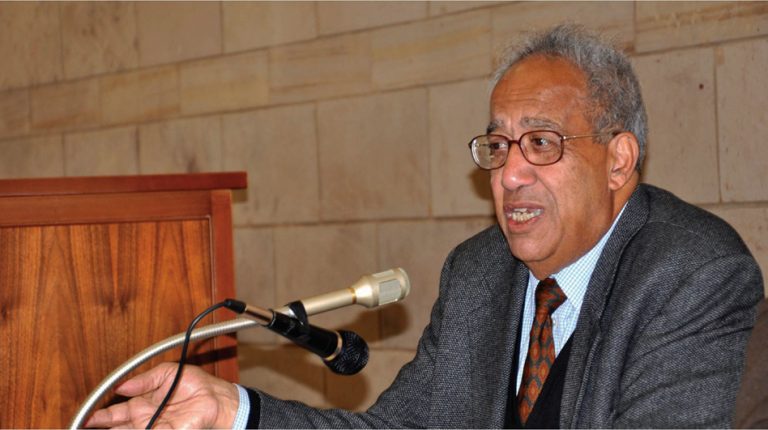 Renowned economist and professor Galal Amin died on Tuesday after a short illness, according to his family.

Amin received a degree from the Faculty of Law from Cairo University in 1955, as well as a master’s degree in 1961 and PhD in 1964 in economics from the London School of Economics.

He taught economics at Ain-Shams University and at the University of California, Los Angeles as a visiting professor and served as the economic adviser to the Kuwait Fund for Economic Development from 1974 to 1978. Amin has also taught various economics courses at the American University in Cairo since 1979, including introduction to microeconomics, economic development, philosophy of economics, and history of economics thought.

‘5 months cycling around Egypt’ trip comes to a close

The writer is a doctor trying to diagnose the diseases of societies: Abdallah