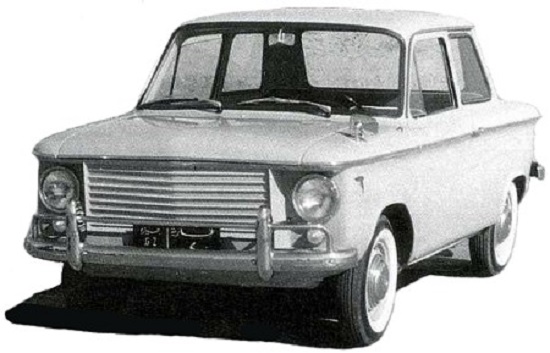 The Ministry of Public Enterprise sector, in coordination with the Ministry of Industry and Trade, has started to recruit a major international company to revive El Nasr Automotive Manufacturing Company.

A strategy prepared by the Ministry of the Public Enterprise sector to restructure its subsidiaries revealed the government’s willingness to address several international companies to implement a project to manufacture between 100,000 and 200,000 cars per year in El Nasr Automotive Manufacturing Company factories through profit sharing.

According to the strategy obtained by Egypt Automotive, the government aims to contribute land and production lines, while international companies will finance and develop production lines.

The government is counting on the international company to manufacture one model at El Nasr Automotive Manufacturing Company, making Egypt a centre for export, which would be similar to the Renault experience in Morocco, according to the Minister of Public Enterprise sector Hisham Tawfik.

Days ago, Tafwik said that the government aims to have the foreign partner make the model in Egypt with reliance on local components to be produced under the Made in Egypt slogan.

He added that the Egyptian market will not absorb all the production target, therefore it will be agreed upon with the international company to make Egypt the export base for this model in the entire region.

El Nasr Automotive Manufacturing Company is the first automotive company in Egypt and the Middle East. It was founded by Gamal Abdel Nasser in 1959 in Helwan area, within the Egyptian leadership project at the time, which aimed to assemble cars in the first stage then shift to manufacturing the first Egyptian car.

The company is currently operating on a very limited scale limited to manufacturing some of the products of El Nasr Forging Co and the Eastern Company for a very small revenue.

El Nasr Automotive Manufacturing Company suffers annual losses of EGP 12m, despite having only 140 workers in the security and storage sectors following the government’s decision to stop production lines in 2010.

The Ministry of Public Enterprise sector is currently considering the merger of El Nasr Automotive Manufacturing Company with SMG Engineering Automotive Co in case the international company wants to manufacture 200,000 vehicles per year, given that the size of both companies add up to 850,000 sqm. 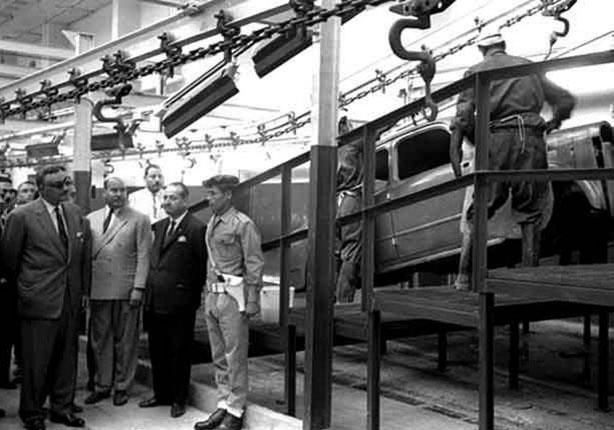 Egypt Automotive learned that the ministry will intensify its meetings with Asian and Russian companies to implement the project as soon as possible.

When former minister Ashraf El-Sharkawy was assigned the ministry in January, they have agreed with a Chinese company to implement the project. However, former minister Khaled Badawy cancelled the project when he took over. He announced in a press conference that the company is suffering many problems that hinder its ability to manufacture an Egyptian car to compete.

Now, Tawfik has revived the dreams of the company, following a tour and inspection, as well as announcing the intention of the ministry to continue developing the company.

A few days ago, he met with Russian trade representative in Cairo Nikolai Aslanov. Following the meeting, the Russian representative said that the Russian automotive sector is interested in participating in the development project.

Tawfik said that the public business sector has a proposal to develop El Nasr Automotive Manufacturing Company using the technical and administrative expertise and financial solvency of partners from the private sector, especially international car companies.

Sources told Egypt Automotive that El Nasr Automotive Manufacturing Company is also negotiating with several local companies operating in the sectors of engineering and metal industries to manufacture some of its products in the factories of the company.

The company is waiting to activate an agreement with Romania to manufacture some tractors in the company’s factories, as was the case in the past.

Board member of the Holding Company for Metallurgical Industries, Khaled El-Feqy, said that Minister Hisham Tawfik showed a real seriousness to develop the company as soon as possible.

He added that the holding company has a plan to restart El Nasr Automotive Manufacturing Company on several stages, the first is to expand in manufacturing for others in spare parts and paint, then tractors and assembling global models with high rate of local component.

In conjunction with the plan, employees of the company proposed starting an anti-rust production line to be manufactured for others or through leasing.

A source in the company told Egypt Automotive that long ago, an investor presented a plan to the company to lease the anti-rust production line for EGP 7m, which enables the company to keep its workers and commit to paying their salaries, next to at least EGP 5m of annual profit. The administration refused.

The source said that this line works 24 hours per day through the operation of pumps and machinery without production so as not to freeze raw materials.

Another proposal is to offer the equipment production lines for leasing or operating for other, or even manufacture heavy transport parts.

The proposal also included leasing the pistons lines or operate for other, along with offering the equipment engineering line for leasing, partnership, or operating for other.

The proposal stated that the company has a complete assembly line of cars with a capacity of 15,000 per shift, which can be exploited, along with re-initiating the industrial training classes to prepare skilled labour.

The proposal noted that the company has production input in storage, which can be used to run for long periods of time economically or sell what cannot be used.

The workers said that importing the spare parts of the recently produced models Shahin, Dogan, Nasr 128, and Regata would help the company go back to the market and revive its service centres.

The second proposal is producing a whole new car.

The opinion of the workers in the automotive sector on the feasibility of the plan of the Ministry of Public Enterprise sector and employees of the company varied.

Hussein Moustafa, former chairperson of the Automotive Marketing Information Council (AMIC), said that the proposal to revive the company is righteous.

He explained that the revival of the company will only happen in partnership with one of the world’s leading companies in those areas and strong in terms of technologies.

The partnership to take the form of governmental contribution in assets, while foreign partners will contribute modern technologies and financing, he suggested.

Moustafa called on the government to plan ahead to export the expected production at a competitive price to the global consumer and attractive to the local consumer at the same time.

Foreign partners can overcome exporting problems that could arise, he noted.

Meanwhile, he pointed to the need to benefit from the Moroccan experience in the automotive industry and its application in the local market.

He said that although the Moroccan experience is different, Morocco has offered incentives for investments to attract capital, which the Egyptian government is now coming through the New Investment Law.

He predicted the success of the partnership between the company and foreign partners, provided they rid the administrative restrictions and deal flexibly with foreign investors.

But auto expert Raafat Masrouga refused. He said that the proposal will not work amid lack of investment incentives related to asset ownership and free capital flow.

He called for a set of conditions that must be met in advance for the success of any future partnership with foreign companies, most notably providing all guarantees to foreign companies that allow them to choose the employment and management of the industrial establishment and the formulation of marketing policies, as well as the freedom to choose the proportions of local components in the manufacturing processes, such as:

Renault factories in Morocco, what is after producing 1m cars?

The automobile industry in Morocco is one of the leading experiences in the Middle East, especially in light of the success of the Moroccan government in attracting many major car manufacturers to it during the past years.

Renault opened its first branch in Casablanca, Morocco, in 1966 and is owned by Renault Group with 80% and 20% by Peugeot.

It did not stop at that, since the company opened a second branch in Tangier in 2012 with current labour force of 6,000.

The Moroccan government encourages investment in the auto industry by exempting companies from performing some taxes in the first five years. This is one of the main reasons for attracting foreign investment to this industry .

Morocco plans to support local manufacturing, where half of the car is expected to be homemade, with a plan to increase that percentage to 65% in 2023.

Renault is keen to be environmentally friendly, there is no carbon dioxide emissions, and the plant relies on wind energy from a nearby location to supply the bulk of the electricity it needs.