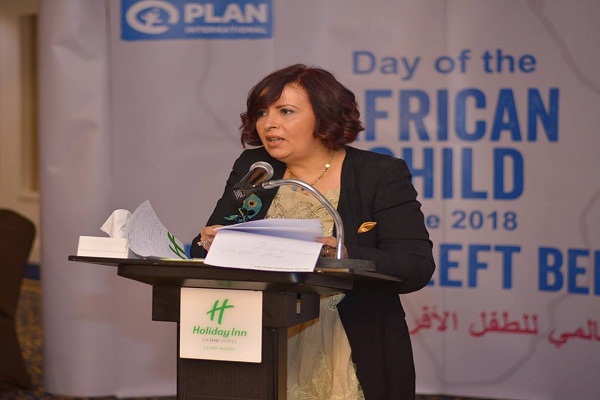 The National Council for Childhood and Motherhood (NCCM) headed by Azza Al-Ashmawy demands opening investigation into incident of photographing a child crying to sleep inside the class room and publishing it on social media platforms.

A short video circulated on social media platforms showing a child crying requesting his teacher—who was photographing him—to let him to sleep just for quarter hour, but she said that he will be allowed to get back home shortly.

The child is studying in first grade of primary stage in one of schools located in Shubra district. Members of his family stated in televised interviews that he was sick and unable to concentrate during the school day.

The video stirred outrage among social media users who believed that this is a form of children abuse and that the teacher should have showed some mercy towards him instead of photographing him.

In media statements, the spokesperson of Ministry of Education Ahmed Khairy denounced the video saying that ministry has contacted his parents and will take necessary legal procedures. Khairy also noted that there is a ministerial decree prohibiting the use of mobile phones inside schools, whether for teachers or students.

The NCCM said that the video is a violation for the Child Law, which bans photographing or publishing any material showing child abuse or defamation and demanded the removal of the video from all media outlets.

The video is a kind of electronic bullying harming children, and marks a violation for the rights of children contained in international instruments and national laws, the NCCM added.

Moreover, Dar Al-Ifta, the highest religious institution in the country, also denounced the video saying that, “first people to be compassionate are the children of different ages,” for their weakness and need for others to take care.

The UNICEF launched one month ago Egypt’s first social campaigns seeking to end peer to peer physical and psychological violence in cooperation with the NCCM, Ministry of Education, and Technical Education (MOETE) and funded by the European Union (EU).

EU grants €30m for expanding access to education in Egypt