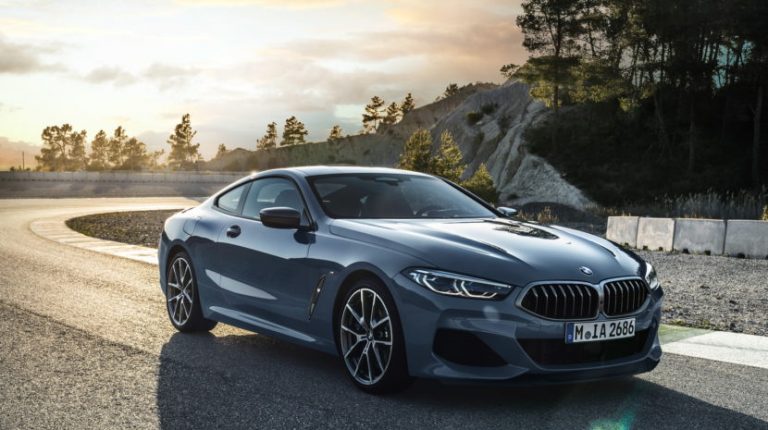 The Automech Formula always delivers witnesses of the latest models of BMW in Egypt. This year, the exhibition coincides with the release of the new third generation of BMW X3, which the Bavarian Auto Group (BAG) has started to locally assemble in Sixth of October City factory.

The company is expected to shed light on the success of its brand in Egypt by locally assembling one of the most prominent sports cars, M Performance, which will be a new category under the BMW X3 Series.

During this year’s event, a new BMW 8 Series will also be showcased, which appeared during the Concorso d’Eleganza Villa d’Este in Italy.

BMW will unveil the new 8 Series, to mark a new chapter in the history of the sports cars company in Egypt. The new sports vehicle raises the bar for internal luxury, making the BMW models this year more thrilling.

The new 8 Series is the most dynamic car, with the body, engine and suspension system being developed to provide the required steering and precision in sports cars.

The highest model, M850i of the M Performance family comes with a 4.4 litres V8 engine equipped with TwinPower Turbo to run 530 HP. This is one of the company’s latest V8 engines. The system can be adjusted for several driving modes, including the most dynamic Sports Plus. The engine is linked to automatic transmission of 8 gears on Steptronic system.

The Bavarian Auto Group offers the third generation of its BMW X3 in Egypt, which comes in two categories: BMW X3 xDrive30i X-line and BMW X3 M40i, which will be assembled for the first time under BMW M Performance using the name M40i.

The back of the third generation of the BMW X3 comes with new tails lights, transforming from an L-shaped into a surround light, which makes the car look more modern and different from other BMW models.

The third generation of the BMW X3 also comes with a new modern and lightweight structure compared to the previous generation by maintaining the ideal 50/50 weight distribution ratio between the front and rear. However, the car comes in larger dimensions than the last generation. The wheelbase has an additional 54 mm of length, extending at 2,864 mm.

The interior design is entirely new compared to the last generation but is nevertheless conservative of the BMW style in the middle consult and the same central screen and controls of all BMW models. The new X3 got a digital gauge instead of the traditional style.

Basic facilities include xDrive BMW, which provides the best possible driving on all roads and in all circumstances.

Contemporary, luxury, and infinite elegance have always been present in the designs of BMW 7 Series, which features consistent dimensions, sharp lines, and elegant surfaces. As a confirmation of confidence from BMW in Egypt, the new car is now locally assembled.

The new 7 Series from BMW carries new dimensions of luxury that makes driving unprecedented, thanks to several BMW innovations, including the Gesture Control, Touch Command, safety systems, and the powerful engines of the German manufacturer.

This model is distinguished by the long wheelbase, which comes in Pure Excellence Design—the most prestigious version.

The car is powered by a V6 engine linked to a turbine charger of 3 litres, 326 HP, and 450 NM of torque. The engine is controlled through an 8-gear automatic transmission system that enables the car to accelerate to 100 kmh in 5.6 seconds with a top speed of 250 kmh. The car has Air Suspension system for a more comfortable driving experience.

Despite the capacity is huge, the engine consumes less fuel. Its average consumption scored 6.6-7 litres per km. The engine also produces only 154-164 gm of CO2 per km.

BMW always seeks to build on the success it achieved since it had emerged. This is evident in the new 5 Series vehicles, which include the tools needed to take the lead of the previous six generations of 7.9m cars on the roads. The new seventh generation has enhancing dynamics, innovative technology, and incomparable connectivity.

Among the top models introduced by the Bavarian Automotive Group is the locally assembled 5-series this year, coming in two categories: 520i Luxury Line and 530i M-Sport.

Meanwhile, the i M-Sport has a 1.998 CC TwinPowerTurbo 4-cylinder engine outputting 252 HP at 350 NM. The engine is linked to an 8-gear automatic Steptronic transmission, which offers steering wheel controls over gears. The car can reach 100 kmh in 6.2 seconds with a maximum speed of 250 kmh and average fuel consumption of 6.2 litres per 100 km.