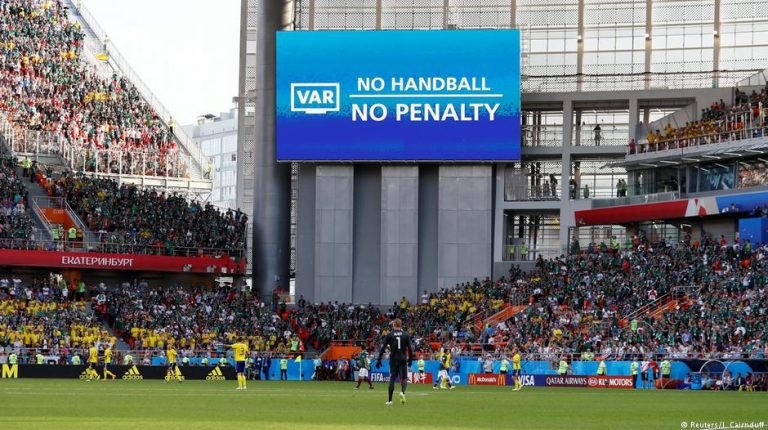 UEFA have confirmed that video assistant referees (VAR) will be in operation in the Champions League as of next season and in the Europa League as of 2020-21. It will also be used at the 2020 European Championship.The decision was made on Thursday at a meeting of UEFA’s Executive Committee in Nyon, Switzerland, ahead of the awarding of the 2024 tournament to either Germany or Turkey.

The VAR technology is to make its debut in UEFA competition at the 2019 Super Cup in Istanbul and will then be in use in the 2019-20 season from the final Champions League qualifying round onwards. It will be used in the Europa League from 2020-21 onwards as well as the final of the new Nations League in 2021.

“We are confident that the introduction of VAR in August 2019 will give us enough time to establish a reliable system and train our officials,” said UEFA President Alexsander Ceferin. “This will ensure an efficient and successful operation in the Champions League.”

“I don’t think it’s quite ready,” Ceferin said in August, explaining that it is difficult to guarantee common standards across the whole continent. “But we all know that there’s no way back: The technology will come sooner or later.”

VAR was used successfully at the 2018 World Cup in Russia but has endured a more difficult baptism in Germany’s Bundesliga, with players, coaches, supporters and pundits left bemused and frustrated by inconsistent and unclear decision-making.

Although the system has improved this season, it remains unpopular among match-going supporters, who have argued vociferously that the delays suck the emotion out of the live experience.