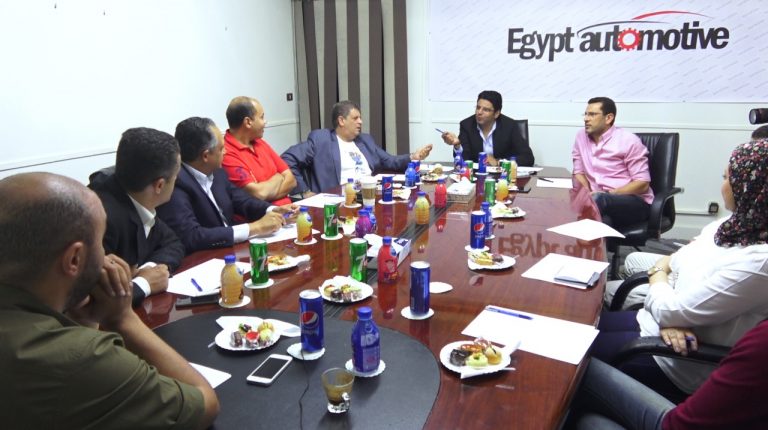 The Supreme Council for the annual automotive summit held the first preparatory meeting for the fifth Egypt Automotive Summit, which is set to be held in the first week of December. The meeting reviewed the most important topics to be discussed during the summit.

Gad said that there are some issues that should be taken into account during the current session. The most important is the government’s vision for the automotive sector over the next five years and the preparations to be made for the infrastructure of electric cars, amid the global expansion of green vehicles and replacing traditional cars.

Also, he pointed to the need to address the phenomenon of importing cars from some countries, especially the Gulf states or the so-called gray market, which has re-emerged amid the failure of some dealerships in these countries in selling their stock, whereby they look for alternatives, including the Egyptian market.

These cars come in specifications that are not identical to the Egyptian market, but the differences are essential, which are difficult for the Egyptian customer to discover because they are technological differences not felt by the client until several years later, he added.

The compulsory insurance should be applied to cars and cancellation of the current insurance in force, which is not used by any party except in the narrowest cases, he also suggested. If a car insurance is available; the revenues can be used to develop roads, compensate for accidents, and maximise government profitability, which could also help the government improve traffic and limit the number of dilapidated cars in the streets, as insurance companies will not insure a dilapidated car that is exposed to traffic accidents due to poor condition, which will be reflected in the increase in sales of new cars and ease harmful emissions caused by old cars.

Khaled Hosny, AMIC spokesperson, hinted to the need to address replacement and renovation of old cars again, similar to the white taxi initiative. He called for applying the same concept to passenger cars after setting a specific life expectancy for cars, which in turn, would improve the economic growth.

He called for the need not to expand renovation process to all models and brands to enable clients to choose the car that best fits their needs.

During the meeting, Hosny also highlighted the positive developments witnessed by the sector over the past five years, highlighting the positive role of the Supreme Council of the annual automotive summit, and clarifying the efforts of the workers at the summit towards solving the obstacles facing the manufacturers, agents, and distributors.

For his part, Shorbagy urged to consolidate efforts of all parties to exchange data on insured vehicles and issue a decision for total lost, along with providing chassis numbers of these cars, given that some traders seek to fix and resell them again, forming a threat to the lives of citizens.

He pointed out that this phenomenon cannot be eliminated without the circulation of information between all concerned parties, whether from the agents or the Ministry of Interior, especially that the provision of car information will allow the workers in the sector control and address all cases of fraud.

Hosny again said that addressing the Minister of Interior and concerned bodies to reopen the file of the motorbike imports, since the decision to ban imports was only applied on major companies, while the decision bypassed the companies it came out for, which import motorbikes that lack safety standards.

Meanwhile, Shorbagy suggested reconsidering the application of standard specifications on imported cars, where several brands are rejected from entering the market as they do not match Egyptian specifications, while they are available everywhere else.

He explained that growth of sales adds burden on waiting lists for certified maintenance centres.

For his part, Tamer Anany, CEO of the Egyptian Automotive Components Factory, asked for the need to find a mechanism to face the implementation of the European Partnership Agreement on spare parts. He pointed out that spare parts imported from the European market are not subject to customs. In case of importing some of the main components of spare parts and feeder industries, they will be subject to the value added tax and customs, which prevents real competition.

He called on the government to provide the necessary support to promote the automotive feeding industries, for being one of the most important poles of the automotive industry.

Aboul Fotouh suggested during the meeting to appeal to the government to set up a city for scrapping to utilise old cars to have an added value to scrap and reuse them again in iron and steel plants.

He pointed out that the Supreme Council of the annual automotive summit will address the concerned parties to establish the city through investors to maximise the utilisation of the local market, especially as the state imports large quantities of scrap, which consumes a lot of dollar liquidity.

The manufacturing of Egyptian electric cars during the conference and to overcome all obstacles to the infrastructure works of electric cars in Egypt, pointing out that this is a winning bet for Egypt in the automotive sector, he also suggested.

Customs on EU cars to be diminished in 2019 as planned: Nassar