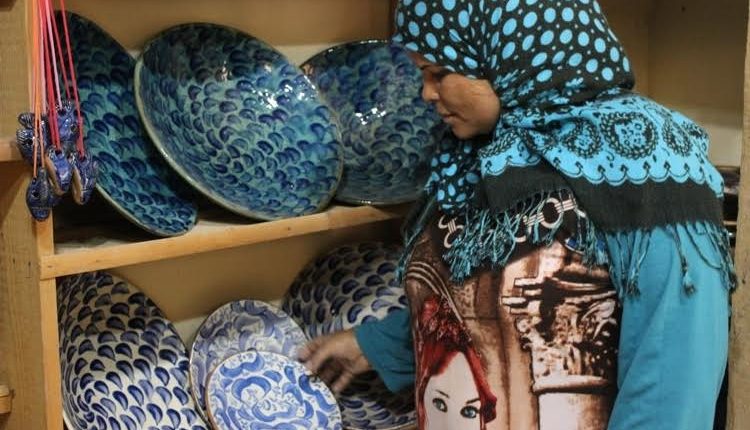 Tunis Village in Fayoum is an Egyptian tourist village that exports Egyptian pottery to all the countries of the world. All the people in the village, either men or women or even children enjoy this artistic profession that is influenced by the beauty of nature. What distinguishes Tunis Village is that, it is an open school to teach the art of drawing on ceramics and pottery, as all houses in that village are considered workshops to teach and sell the art of beauty, which means that you can learn this art with great professionalism.

What is impressing in that village is the one who leads this craft, a woman called Rawya Abd El Kader.

When you enter the village, you will notice that she is considered a role model for the citizens there, as she was the first female in Tunis Village to enter that career, teaching all her country such art.

Hence, Daily News Egypt sat down in an interview with Abd El- Kader, to know more about her journey that transformed Tunis Village into one of the most artistic villages across the world.

Abd El Kader said that her journey with that craft started since she was 12-years-old.

“We were children playing with mud, making different shapes with it in the village, then a Swiss pottery artist, called Éveline Boudreau, saw us and offered to let us attend her pottery school in the village where she would teach us the craft,” Abd El Kader started naratting her journey with a smile in her face.

Unfortunately, the norm at the time in any village that parents wanted to drag their females to an early marriage, hence the situation with Abd El- Kader was not different, but what was different is her reaction in dealing with this problem. 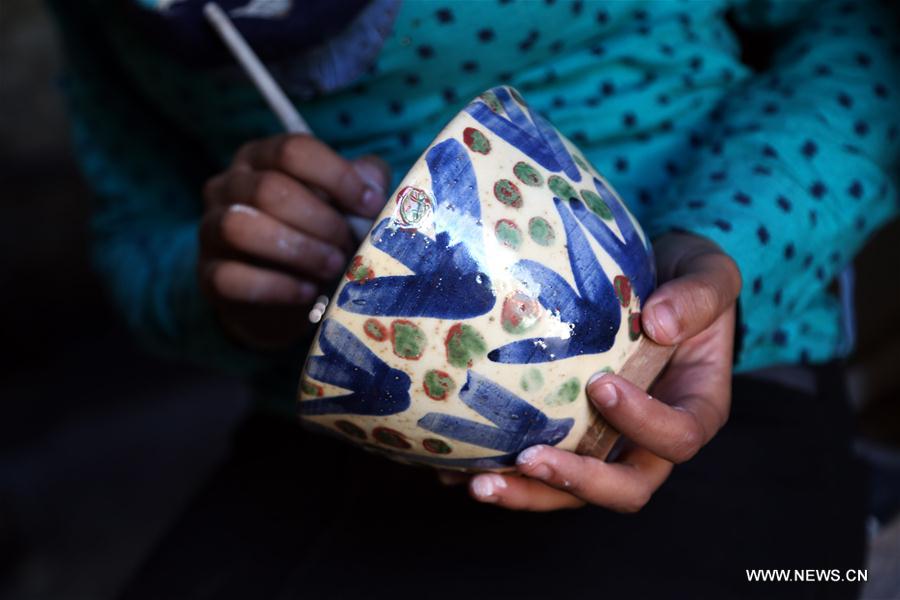 Abd El-Kader refused to get married at a young age, refusing also to give up her education and career, insisting on going to school and working.

“But unfortunately, everyone in the village thought that I was doing something wrong, as I was the only girl among my colleagues, who did not get married early on,” she wondered.

She explained that the reason why all parents in the village in that time preferred marriage rather than the pottery school or even education in general was because they believed that when a female has a job she will never get married.

“But for me, leaving my career and work for marriage is a thought that never crossed my mind,” she said with pride.

“When I was a teenager, the Swiss pottery artist, that taught me this amazing craft, offered to take me on a trip to Europe to show my products in an exhibition,” Abd El-Kader recalled.

“Notably, at that time there was no girl in our village travelled before, so my father refused at first, but Boudreau persuaded him,” she further recalled.

“All the people in the village used to treat me as if I was doing something wrong, but I insisted on travelling with Boudreau to Paris, the period that I spent there was the most amazing experience that I have ever had,” she said

However, Abd El-Kader wondered that she was the first Egyptian woman to participate in an international exhibition for pottery, whereby she thought that when she would return the people in the village would be proud of her.

On the other hand, after she returned, she was surprised that people in the village were certain that she was never going to get married, describing her as a sinner, believing that no man would want to marry a working woman who travelled abroad alone.

Yet she ignored all these side talks, and insisted to open a workshop in her village, and to teach the art of pottery to people in the village.

“Before opening the workshop, I started teaching my two brothers this craft, then I got married and taught my husband also this craft, but the most amazing thing is that my husband always supports me in my work,” she said.

Abd El-Kader stated proudly that she was the one who made a revolution in Tunis Village and that she is happy that now the situation changed and that fathers and girls themselves in the village became more aware about the importance of having a career and that a career is more beneficial than a marriage for them.

Giving evidence for that great transformation in the country, she said that she now has 47 women and three men training in her workshop, all whom she had taught the craft to. 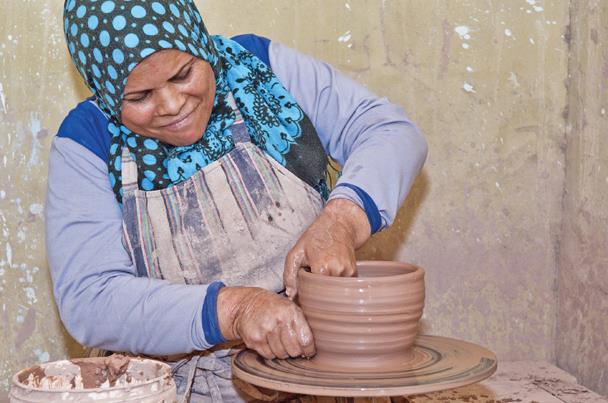 “Going back to what I said at first when Boudreau tried to teach us this craft, I was the only student in the school, however now almost all the village teaches and practices this amazing craft,” she said.

Notably now, Abd-El Kader work has been featured in numerous exhibitions in Egypt and abroad, and her pottery work is sold in several shops around Cairo.

She assured that the pottery industry is time consuming as making 10 plates takes a week to complete, but while doing it you will never get bored, as it is really a great feeling when you see your final product.

Sabry Marouf takes global audience back to city of Amarna