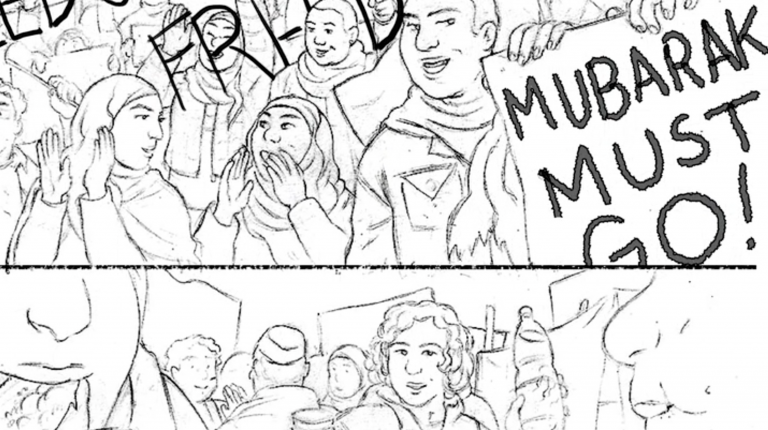 Upon its release in November 2017, the graphic novel  Lissa: A Story about Medical Promise, Friendship, and Revolution gained several positive reviews among academics and scholars. The film as featured in the ethnoGRAPHIC series published by the University of Toronto Press. 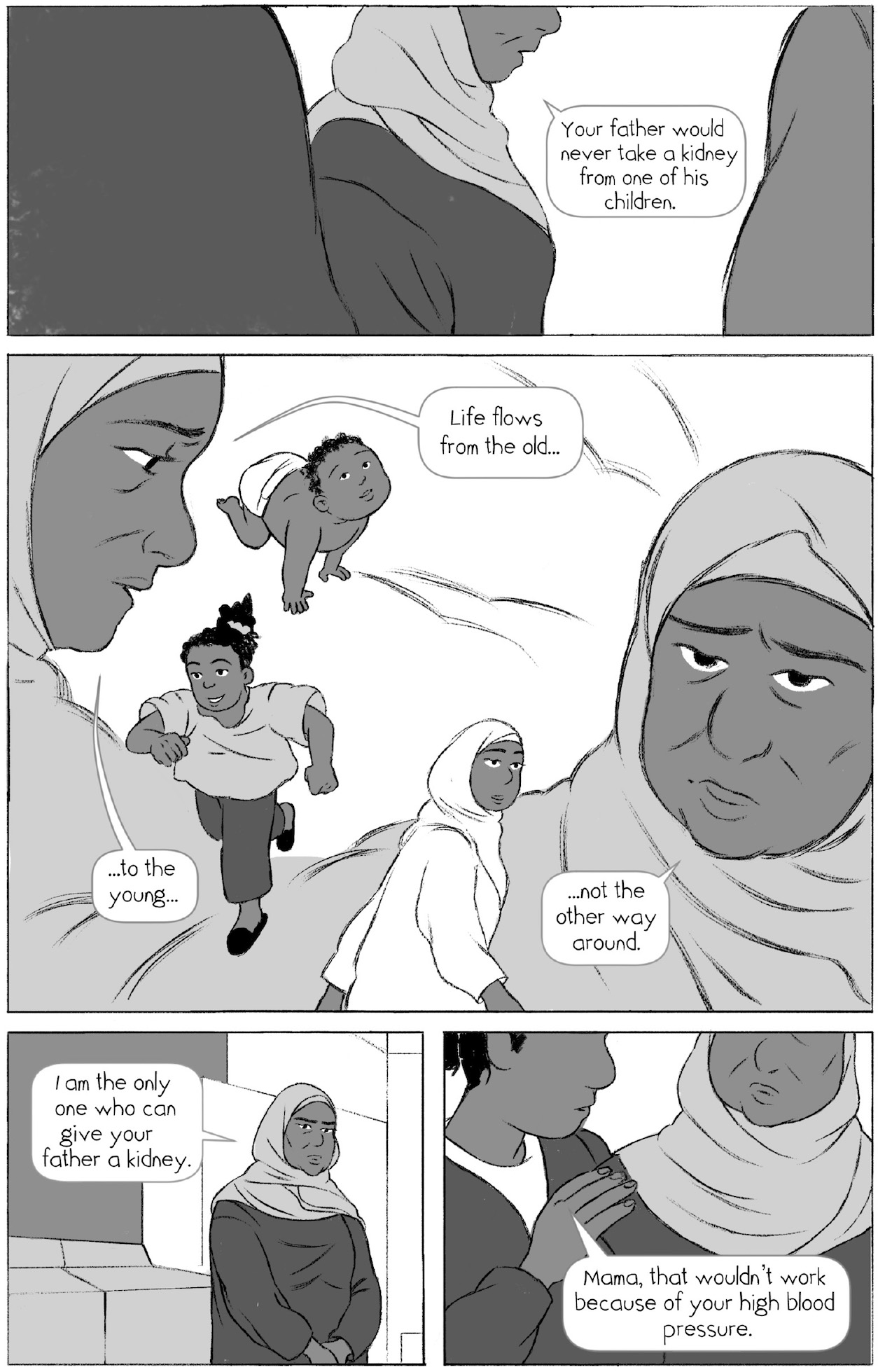 Combining between drawings and dialogue Lissa is a graphic narrative, a fictional story based in years of ethnographic fieldwork. The book is told in three parts, and revolves around two young women Anna and Layla. The writers tells their story as they evolve from adolescence into early adulthood. The two women, one American and one Egyptian, face different medical dilemmas.

The events of the are primarily taking place in Cairo, Egypt, with some events taking place in the US largely during the Egyptian Revolution. It reveals through the personal stories of the two characters

The first two parts of the ethnography gives a due care to serious medical decisions which they and their families are challenged by. The main argument in the book can be understood in the context where the state creates and exacerbates pain. The two characters deal with choices about breast cancer genetic risk and organ transplantation, and readers are invited to engage in the character’s intimate moments, personal histories, family demands, cultural expectations, and economic access.

The novel touches on social class, imperialism, transnational labor migrations, the lack of medical access in poor counties, the privatization of medicine in the U.S., the supposed “fatalism” of people who refuse high-tech medical intervention, international capital, oil extraction and militarization.

The book provides two complicated social worlds, while artistically and anthropologically trying to push forward the similarity between the two cases. The differences for examples and their contrasting views,  are due to their living in completely different realities. Layla’s community emphasizes more on collective action and relying heavily on divine intervention. On the other hand Anaa is raised to act as an independent agent and to think for herself.

For example, Anna’s story line has sweeping lines of DNA strands connecting to chemical toxins that are embodied in the treatment of a patient living with cancer, carcinogens in the environment and household carcinogens that transform our bodies, which takes the readers to her family history and Anna’s cancer genealogy. Another storyline follows Layla’s father who is infected with parasites and schistosomiasis in water, and it also tackles power grids and industrial pollution, the politics and greed associated with wheat production. 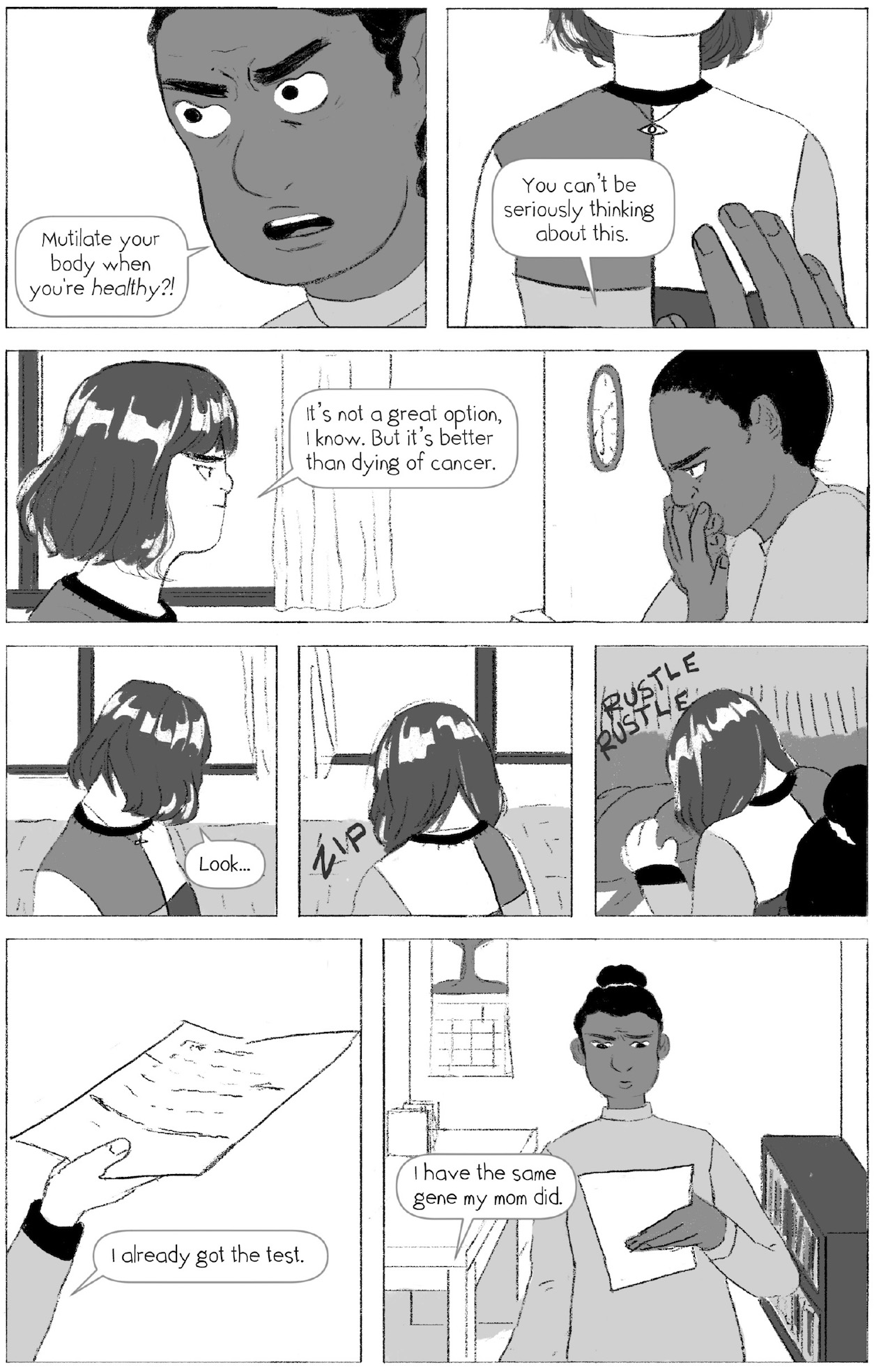 The two conflicts puts the two characters in an almost similar experience, and the symbolism and authorship of Hamdy and Nye create a space for looking into the medical systems. The storytelling in the work, is innovative in a sense that it compare people’s lives without broad stroke generalizations. The novel also well covered several aspects of cyberactivism, social media and texting, tools that were instrumental in communicating during the revolution. The artists used drawings Facebook pages or a series of texts, helping readers to digest the digital communication that were essential in the time of the novel.

The sequence of the comic panels which the artists direct makes readers not only delve into the lives of Anna and Layla, and immerse themselves into the pain that comes with medical hardships, but also investigate the the complexities of socio-political revolution. Lissa ends with an arguably with with some  hope as one character says “Our scars tell the story of where we’ve been and remind us of how far we still have to go. We still have so much to fight for. There’s still time (242).” The book depicts violence, trauma, and fear, but at the same time it believes in decency and camaraderie.

The book also combines between real and the fictional overlap for example using graffiti and graphics from the Egyptian Revolution.

Meet the writers and artists

Sherine Hamdy, anthropology associate professor, studies medical anthropology and science and technology in the Middle East. She’s an experimental ethnographer who uses comics to bring her research to a wider audience. She’s also working on another graphic novel, under contract with Penguin, in Young Adult fiction. Preliminarily called Jabs, it is the story of a young Muslim woman coming of age in New York, grappling with everyday racism, sexism, family tragedy, and cultural misunderstanding.  Outside of her work in comics, she published Our Bodies Belong to God: Organ Transplants, Islam, and the Struggles for Human Dignity in Egypt.

Coleman Nye, Assistant Professor  Coleman Nye comes to SFU from Brown University where she completed her PhD in Theatre Arts and Performance Studies and her MA in Anthropology. Nye’s research and teaching traverses the fields of “feminist science and technology studies, critical race and gender theory, theatre and performance studies, bioethics, disability studies, environmental politics, and anthropology of medicine and reproduction.” 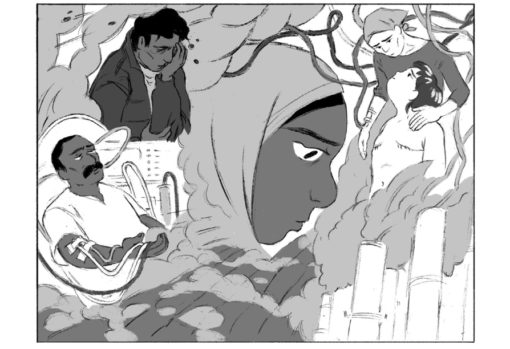 Sarula Bao graduated from Rhode Island School of Design in 2016 with a BFA in illustration. Based in Brooklyn, New York, she explores in her sequential work the queer Chinese-American experience.

Caroline Brewer graduated from Rhode Island School of Design in 2016 with a degree in illustration and a concentration in literary arts and studies. Along with Marianne Khalil, Brewer is the author and illustrator of Autodesk’s science fiction anthology Four.