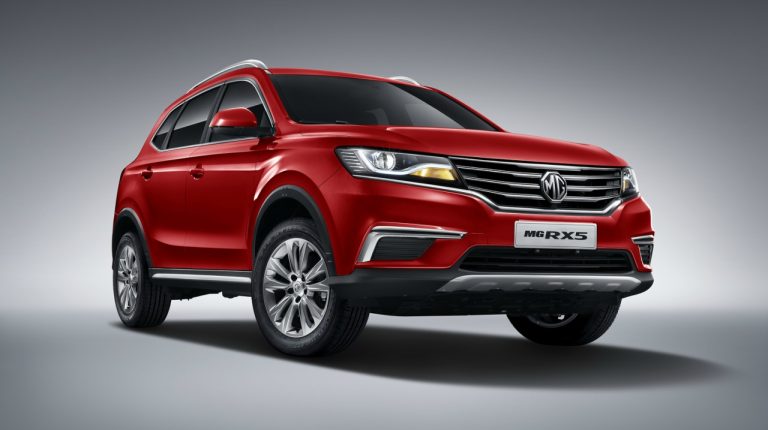 MG will showcase its latest fleet of three new models, which are the MG 360, MG ZS, and the MG RX5 in order to meet clients’ needs.

It has a smooth, fresh design, with incredible strengths such as a 1500cc engine with 109 horsepower, fuel economy, as well as an advanced engine operating system named NetBlue to control fuel consumption. The car also has a VVTi system which regulates the opening and closing of air valves according to the speed of the vehicle and when needed. In addition, the MG 360 is equipped with a full range of delights which provide maximum luxury for the driver.

This includes a traction control system, a rear-vehicle motion detection system, an anti-theft alarm, a touch screen,  an Apple CarPlay,  a TMPS Tire Pressure Monitor, and a rear-camera.

Delivering the best qualities in its class, including a high-performing engine, the design of this car is level and flamboyant, and it offers unmatched elegance at a very reasonable price.

Its amenities include a new design style, with a very solid structure, where 70% of its components are made from high-strength steel. This quality ensures the absolute safety of its customers while driving. The MG ZS has been manufactured according to the highest standards, as expected from a brand that has a long history in the automotive world.

With reference to safety mechanism, the car has also been fitted with the ABS and EBD braking systems, an immobiliser anti-theft system, and ani-theft alarm.

The largest and highest in capacity, not only in the MG range of cars, but it also surpasses all competitors in the same category.

It comes with a trendy design that is attractive and visible from both the outside and inside, in addition to the obvious opulence in the car’s conception and jazzy appearance, and is one of the best multipurpose sports cars.

The car provides seating for five passengers on a 2.7m wheelbase, and delivers a standard storage area of ​​595 litres, which can be increased to 1,639 litres with the rear seats folded.

The active braking system minimises the stopping distance,  and its other components include an anti-theft alarm system, intelligent car parking system, a brake-control system, HDC for control on descending slopes, electric side mirrors, and Apple CarPlay.