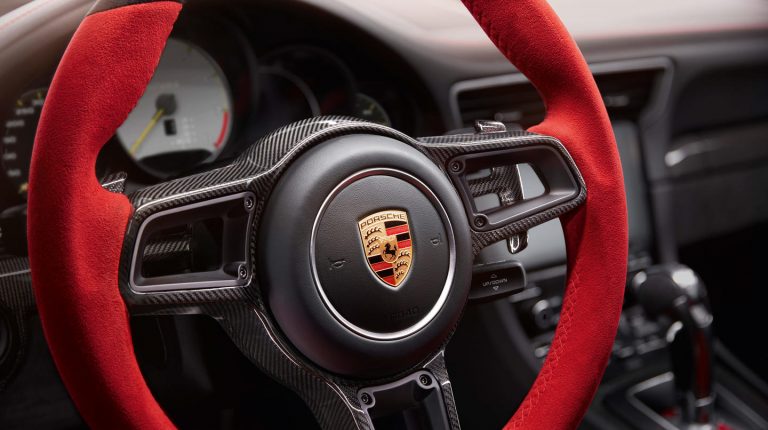 The SMG Engineering Automotive Company, Porsche dealership in Egypt, is en route to dole out two new models, the new Cayenne, and the 911 GT2 RS, during the Automech Formula motor show.

Porsche is one of the world’s leading sports cars, as well as a major producer of high-quality, four-wheel-drive vehicles, in terms of technical specifications. Car aficionados will have a new appointment with the Porsche brand at the Automech Formula.

Marketing Director of SMG, Hany Moftah, said that Porsche will launch a combination of its latest models.

The first Porsche Cayenne adopts the SUV class in two engine choices, a three cylinders 3.0 litre engine with a capability of 340 horsepower, and an acceleration speed from zero to 100 km/h in only 6.2 seconds. The second option, the Porsche Cayenne S, is equipped with a 2.9 litre engine, 420 horsepower, and an 8-gear transmission box, thereby economising on fuel consumption.

The Cayenne has a 4D chassis control system, with and adjustable air suspension, and rear axle steering. The car also racks up fuel consumption between 9 and 9.2 litres per 100 km, while producing 205-209 gm/km in carbon emissions.

Porsche will also present the new version of its 911 GT2 RS, which is equipped with a six-cylinder linear engine with a capacity of 4.0 litres, capable of generating a capacity of 520 horsepower. The engine is linked to a PDK gearbox with a seven-speed transmission gear to accelerate up to 100 km/h in just 3.2 seconds.

Porsche 911 cars are obtainable in a sleek design which extend over 4.5 metres long, are1.8 metres wide, and 1,297 meters high.