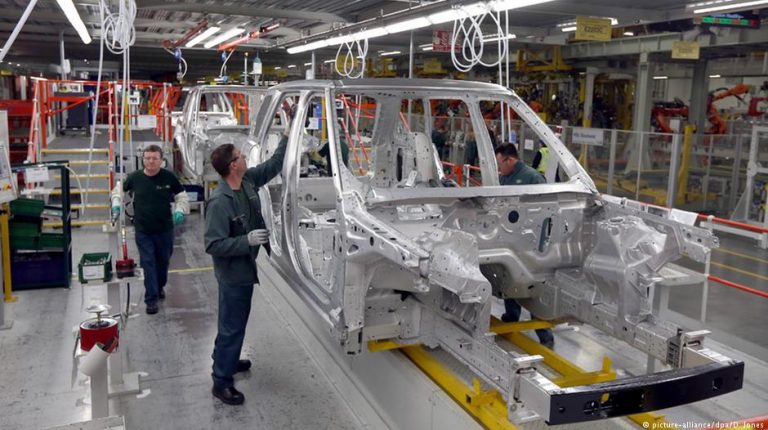 Car manufacturing in Britain has declined for yet another month, with production for the home market taking a severe blow. Export numbers remained relatively stable, though, the SMMT industry body said.British car production dropped by 12.9 percent in August year on year, the UK’s Society of Motor Manufacturers and Traders (SMMT) reported Thursday.

It said the fall marked the third consecutive decrease, with the SMMT industry body attributing the development to model changeovers and preparations for new and tougher emissions rules.

The tougher Worldwide Harmonized Light Vehicle Test Procedure (WLTP) became mandatory from the start of September, forcing many carmakers to halt deliveries and change plans regarding models that had yet to undergo recertification procedures.

“The quieter summer months are often subject to fluctuations due to the variable timing and duration of annual maintenance and retooling shutdowns,” SMMT CEO Mike Hawes added.

“The instability was exacerbated in August, with the industry racing to recertify model ranges to meet tougher testing standards.”

Output in August stood at 89,254 vehicles, driven down by a nearly 40 percent drop in production for domestic buyers, compared with a 4 percent fall in exports.

The British car industry is also concerned that any loss of free and unfettered trade after the UK’s exit from the European Union next year might hit output and sales, especially if politicians fail to strike an agreement.

“With exports, the majority to the EU, continuing to drive demand, it underscores the importance of a Brexit agreement to safeguard this trade,” Hawes said. “For our sector, ‘no deal’ is not an option.”