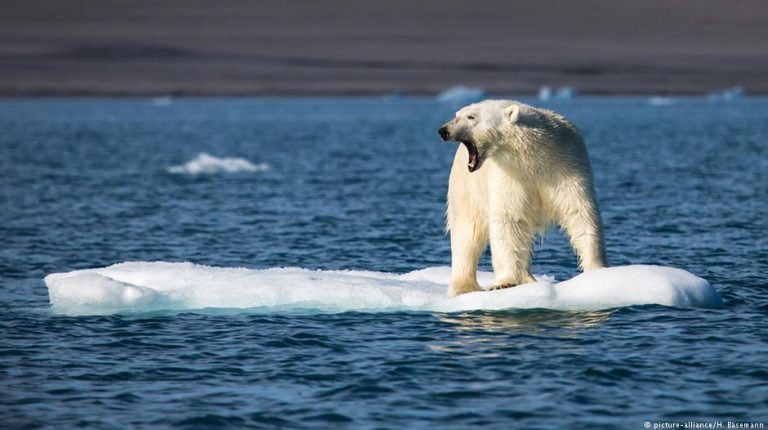 There’s only so much greenhouse gas we can emit before global temperature rise exceeds 2 degrees — the so-called carbon budget. And Germany will blow its share of the budget if it doesn’t quit coal soon, experts warn.Global warming is pure physics. Climate gases like carbon dioxide (CO2), methane, and nitrous oxide collect in the atmosphere and absorb sunlight and solar radiation that would normally escape into space.

Acting like a greenhouse, they trap the heat, and global temperatures rise.

In order to limit global warming and its dangerous and unpredictable effects on life on Earth, it’s crucial to slow down the rate at which we’re emitting these gases, and CO2 — the one humans are emitting most — in particular.

Under the UN Paris Climate Agreement, the international community has committed to limiting global warming to a maximum of 2 degrees Celsius (3.6 degrees Fahrenheit) — and ideally no more than 1.5 degrees — above pre-industrial levels.

And that means some very hefty cuts in our carbon emissions.

How much CO2 can the atmosphere take?

Climate physicists have calculated a “CO2 budget,” that is, how much more of this gas the atmosphere can absorb before we break our 2-degree limit.

Sweltering heat, drought, wildfires and record-shattering storms: The first signs of climate change are already being felt around the world, and so far we have only pushed the average global temperature up by 1 degree Celsius.

To have a 66 percent chance of keeping global warming within 2 degrees, the world’s nations can still emit a total of around 700 billion more tons of CO2, according to a report by the expert advisory council to the German government (SRU) released last year.

If the international community aims for the 1.5 degrees goal, it can only emit 140 billion more tons of CO2.

Dividing the global CO2 budget by the number of people living on Earth, the SRU calculated how much greenhouse gas Germany can still emit to fulfill its commitment to the Paris Climate Agreement.

That means each country gets a budget determined by its population size. Historical emissions aren’t taken into account, so countries that have not industrialized yet don’t get a bigger budget per capita than the richer ones responsible for the climate change we’ve already seen.

According to these calculations, from 2019, Germany can release around 6.6 billion tons of CO2 over the coming decades.

If Germany continues with business as usual and produces the same amount of greenhouse gas emissions annually as it does now, it would use up its budget within seven years, the SRU experts warn.

The biggest share of greenhouse gas emissions in Germany comes from energy production, followed by industry, transportation and agriculture.

Around a quarter of the Germany’s energy comes from lignite, or brown coal. Lignite is a particularly dirty fuel, responsible for almost a fifth of the country’s CO2 emissions.

Coal: It’s got to go

The SRU experts say there’s one very important step Germany can take to stay within its carbon budget.

They calculated the CO2 budget for all coal power plants, arguing that they can only emit 1.5 billion tons of CO2 to meet the national climate goals.

If coal power plants continue to operate as usal, the lignite CO2 budget will be used up by the end of 2023, the members of the advisory council warn.

In June, the government has tasked a special commission with planning the country’s coal exit.

The SRU experts presented their results to the commission in mid September, calling on the government to quickly phase out coal and shut down the dirtiest plants by 2020.

“If we now quickly shut down the oldest and most inefficient plants, we can keep the other coal power plants on the grid for longer, lower costs and increase security of supply,” said Claudia Kemfert, energy expert and member of the advisory council, in a statement.

The commission, made up of 31 individuals including trade unionists, employers, scientists, environmentalists and people who live in areas where coal is mined, is expected to deliver a preliminary report at the end of this year.