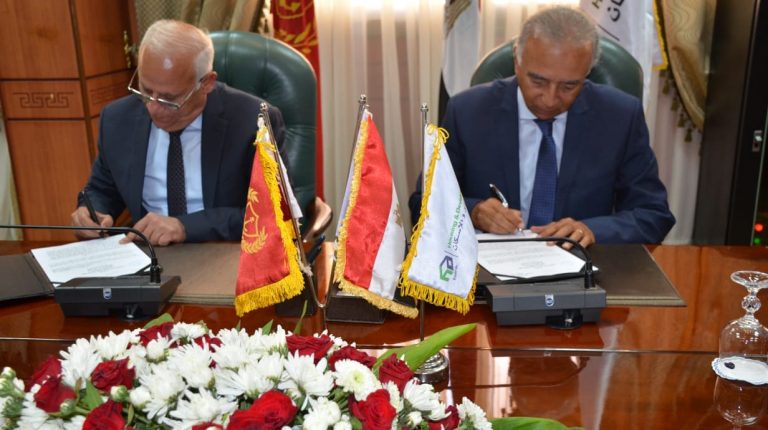 The Chairperson of the Housing and Development Bank Fathy El-Sebaey, signed an agreement last week with Adel Al Ghadhban, governor of Port Said, to establish 294 new housing units in Jawhara project, as part of the addition approved by the governorate to increase floors of the existing buildings.

The signing of the agreement is a continuation of the bank’s development process in the field of reconstruction in Port Said Governorate, which was one of the first governorates that witnessed the development projects of the bank since 1982.

Jawhara project is one of the projects that has created a qualitative boom in Port Said city and made this region one of the finest areas in the province since 1998. All existing units are being also developed, which includes installing elevators for all buildings and the refurbishment of facades.

According to El-Sebaey, the coming period will witness greater cooperation between the governorate and the bank to serve the children of Port Said, praising the efforts and facilities provided by the province to establish new units or to organise the receipt of housing payments for various projects.

According to El-Ghadban, the establishment of these new units is an added service to the sons of Port Said, where the efficiency of the entire area will be increased, a commercial mall will be set up to service its population, and the existing insurance and service systems will be implemented in modern residential communities.

The Housing and Development Bank has a long and pioneering reconstruction process in Port Said Governorate, which started with a construction of 3,024 units in the HDB Area then was followed by Golf Towers for 14 buildings in 1991 then Jawhara project.

The bank has also granted real estate finance to 22,000 social housing beneficiaries to complete the price of the units worth EGP 0.5bn. The procedures for delivering 5,000 units in the first two phases has been completed, while 5,000 units will soon be delivered.

As part of its community role, the bank has beautified and developed the court field in Port Said Governorate and sponsored some important events in the governorate.