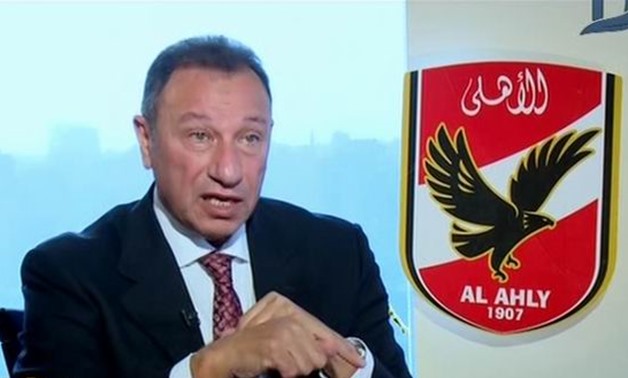 Cairo giant Al Ahly SC’s board council chaired by Mahmoud Al-Khatib, considered the passing of the club’s statutes during the emergency session of the club’s General Assembly, as a renewal of confidence in the board council, elected nearly a year ago.

The club’s statutes was passed on Friday by 87%, with valid votes reaching 15,999 votes, and null votes were 139. The General Assembly members who voted for the new draft statutes recorded 13,921 members, while those who voted “No” reached 2,078.

Mahmoud Al-Khatib thanked the General Assembly, stressing that this historic session is part of the club’s mission to build better future.

The voting day witnesses a high turn-out before Friday prayers, but it was getting low in the middle of the day, until a massive influx of members arrived the ballots constituting the quorum only an hour before closing the ballots in the club’s three branches.

The club’s new statutes, formulated by Al Ahly officials and a number of jurists led by former board member counsellor Mahmoud Fahmy, will cancel the previous guiding regulations.

Al Ahly’s legal adviser Helmy Abdel Razeq, said the club has not received any official notification of Sela’s decision, noting that the Saudi company would be required to pay the rest of the sponsorship contract value, totalling EGP 500m, along with the liquidation of the letter of guarantee, estimated at EGP 100m.

A source at Al Ahly said that the club has received about EGP 150m from Sela, which means that the Saudi company will be required to pay total EGP 350m in case of officially terminating the contract.

As a result, the club will grant its sponsorship rights to the consortium of Al Ahram and Akhbar Al Youm which came second in the club’s sponsorship tender, with an official offer amounted to about EGP 458m, according to a source at Al Ahly.