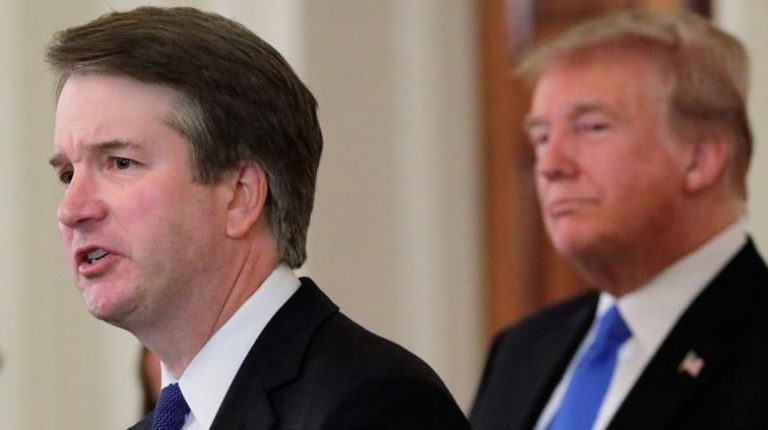 “I’ve ordered the FBI to conduct a supplemental investigation to update Judge Kavanaugh’s file,” Trump said in a statement adding, “this update must be limited in scope and completed in less than one week.”

Trump’s move came just a day after an extraordinarily charged testimony from Judge Kavanaugh and accuser Christine Blasey Ford, a research psychologist at the Stanford University School of Medicine in California.

Ford accuses Kavanaugh of sexually assaulting her when the two were in high school. “He began running his hands over my body, and grinding his hips into me. I yelled, hoping someone downstairs might hear me,” Ford said, adding “I believed he was going to rape me.”

Kavanaugh, who was nominated by Trump to the Supreme Court, angrily denied all allegations saying he “never sexually assaulted anyone,” and that he would not withdraw his nomination.

In addition to her accusations, there are two other women who also accused him of sexual assault in the 1980s. However, the Senate judiciary committee refused to hold hearings on other accusations against the judge.

On the other hand, Trump praised Kavanaugh and said “(he) showed America exactly why I nominated him. His testimony was powerful, honest, and riveting.”